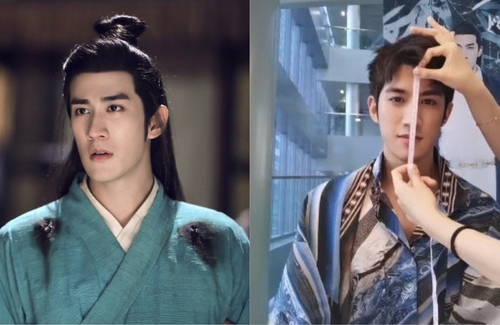 Aarif Lee (李治廷) shot to fame after starring alongside Fan Bingbing (范冰冰) in the 2014 drama, The Empress of China <武媚娘傳奇>. Since then, he partook in many Mainland series – the latest one being the period drama, Princess Silver <白髮>, in which he plays a couple with one of the “New Four Dan Actresses of the Post-95s Generation,” Sophie Zhang (张雪迎). Although both the female and male protagonists are good-looking and have decent acting skills, there were many netizens who complained about Aarif’s “horse face.”

Since it was a costume drama, it was difficult to modify the actor’s face shape with a different hairstyle. In fact, Aarif’s face has been like that since his debut – slightly resembling Taiwanese music talent Leehom Wang (王力宏). Although the comments didn’t bother Aarif, he emphasized that his face is just narrow and not long.

He proved it during his guest appearance on Sina Live when he let the host measure his face. It turns out that Aarif really does have a narrow face, because the length of his face is only 18 cm, whereas the width is 12 cm.

Many netizens said it was their first time watching someone’s face being measured on a live broadcast and found it funny. Aarif also received many praises, such as “Aarif’s exquisite facial features are not the usual type of handsome” and “This boy is very real.”

Aarif plays the north’s cold and arrogant prince, Wu You, in the currently-airing Princess Silver, which was adapted from Mo Yanshang’s (莫言殤) novel, “The White-Haired Imperial Concubine” <白髮王妃>. After he meets the elegant and kind Princess Rong Le (Sophie) of the Xiqi Kingdom, they embark on a journey together to find a home for themselves. 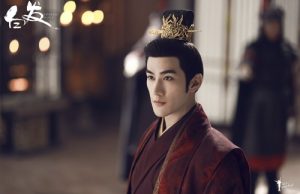 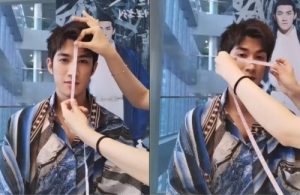