The show breaks concepts of beauty by featuring talented and confident full-figured women.

Contestants on the show all have body mass indexes greater than 25. After airing three episodes, Extra Beauty has eliminated 13 of the original 29 contestants, with 16 women remaining. 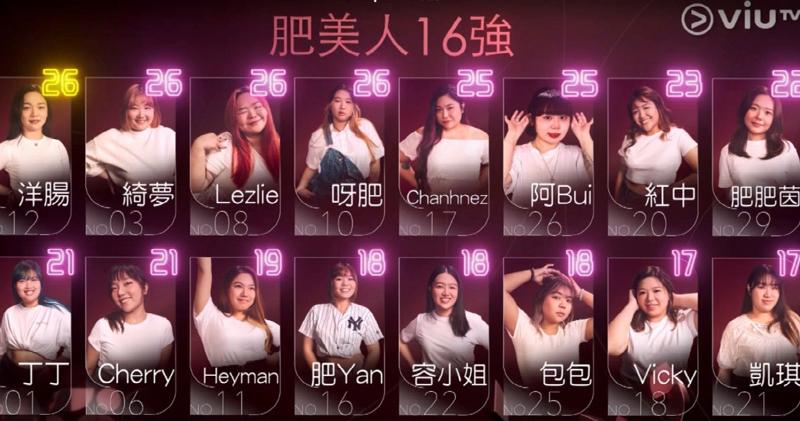 Chu Mei Ling (朱美玲), also known as Hong Chung, won applause for her lively rendition of her original song “The King of Sparrows” <麻雀之王> while dressed in traditional wear and sunglasses. Her performance was given 23 points, and she will likely advance to the next round with no difficulty.

Traditional Chinese Medicine student, Yung Shing Yee (容承宜), sang while she played the piano. She also showed off her talent of being able to swallow her fist! Kitty Yuen (阮小儀) was shocked and said that she could not accept what had just happened. However, Yung Shing Yee’s singing was good and her piano playing was performance level so she received 18 points.

Cherry Au (區凱琪) is a K-pop dance instructor and danced to Fatboy’s Lady Killa. Judge Josie Ho (何超儀) gave her a round of applause for her great dance skills and her ability to sing and dance without losing breath! Her performance was awarded 17 points.

Chanhnez, 32, may be regarded as overweight at 236 pounds, but she hopes to inspire more women to love themselves by joining Extra Beauty. Having worked as a plus-size model for three years, Chanhnez has stage presence and confidently performed pole dancing on the show. She is currently a lecturer at the City University of Hong Kong. 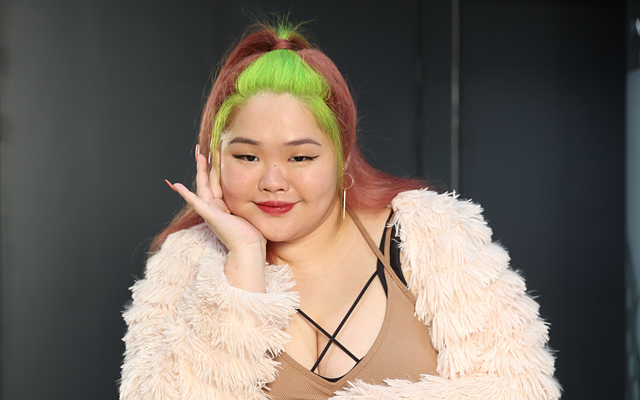 Above: Lezlie has embraced her body size, but still suffers from depression.

At 270 pounds, Lezlie is Extra Beauty‘s heaviest contestant. She was at her thinnest in high school, when she weighed 170 pounds. While struggling to lose weight all her life, Lezlie realized she was not happy and felt lost.

Although she chose to embrace her body size and stop losing weight now, Lezlie admits to suffering from depression because of the “many factors in growing up” and “the bullying encountered in middle school.” As her depression followed her since graduating high school, Lezlie started seeing a doctor two years ago.

Since working as a plus-size model, she learned to accept herself and realize “all girls can show off their bodies in swimsuits and underwear.”

Asked if her self-confidence has increased after participating in Extra Beauty, Lezlie said, “The more beautiful you are, the more confident you will become. I think that different experiences and age will affect my self-confidence. Of course, after participating in Extra Beauty, I will know where my strengths and weaknesses are, but growth is a good thing.”