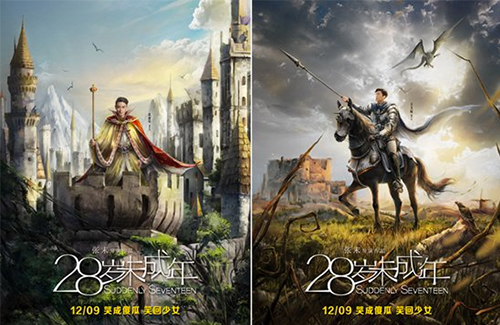 The film, starring Ni Ni (倪妮), Wallace Huo (霍建華), Ma Su (马苏), and Darren Wang (王大陸), tells the story of 28-year-old white-collar worker Liang Xia (Ni Ni) who, after failing to propose to her boyfriend of 10 years Mao Liang (Wallace Huo), suddenly transforms back into her 17-year-old self and falls in love with another man, Yan Yan (Darren Wang). The script is based on the short novel of the same name. It was also adapted into a television web drama, which aired earlier this year.

The film, which premiered on December 9, has released a series of character posters depicting Ni Ni as fairy tale princess, with Wallace Huo and Darren Wang as princes fighting for her affections.