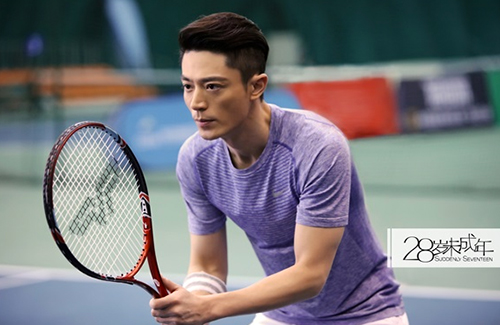 The movie stars Ni Ni and Wallace Huo as an engaged couple preparing for their upcoming marriage. The bride’s obsession for a perfect wedding puts a strain in their relationship and, unable to withstand her demands, the groom ultimately calls it quits and breaks up with her. In a heartbroken state, she carelessly ingests a magical item, which transports the 28-year-old’s mind back to when she was only seventeen years old. Then, she revisits her past and learns what it takes to love herself again.

Suddenly Seventeen is adapted from the 2011 novel 28-Year-Old Minor, written by Black F. The movie, the directorial debut of Zhang Mo (张末), will be aiming for a summer 2016 release.