Pokes Fun at Criticism Towards TVB 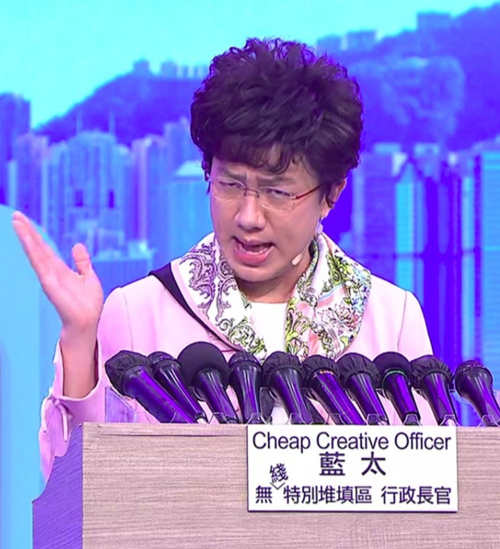 Minutes after the show opened, a “pandemic press conference” took over the stage with a parody of local Hong Kong government officials. Wong Cho Lam played “Mrs. Lam,” with a title of Cheap Creative Officer of the TVB Special Landfill Region. As indicated by their name plates, Louis Yuen (阮兆祥) parodied Dr. Chuang Shuk Kwan (張竹笙) who is the head of the Centre for Health Protection, Billy Luk (陸永) portrayed as Dr. Yuen Kwok Yung (袁國勇), a prolific microbiologist.

While walking towards the podium, one of Cho Lam’s high heels fell off, but it unknown whether this was for humorous effect or an accident. In the speech, he welcomed Eric Kwok (郭偉亮) and Mimi Lo’s (羅敏莊) return from ViuTV. During this comment, the screen displayed popular ViuTV artiste Keung To’s (姜濤) photo, and Bob Lam (林盛斌) ran out on stage yelling to stop taking advantage of the situation. The act seemed to be a nod towards an earlier incident where TVB received a lot of backlash for an artiste parodying Keung To.

Cho Lam also cleverly poked fun at TVB majority shareholder Li Ruigang’s (黎瑞刚) harsh criticism of the company, while promoting the station’s variety shows. “TVB will not be lost for another 10 years because we have Big Big Old World <尋人記>. We have decided to do away with our internal cliques because we have Bong, Bong, Amigo! <諸朋好友>. We won’t broadcast cooking shows every day, because we have Mamas’ Day <日日媽媽聲>. We won’t entertain only ourselves–we’ll share happiness with our viewers as we have Have a Big Laugh!”

All artistes then sang Julian Cheung’s (張智霖) classic song Wish You Well <祝君好> and conveyed their appreciation towards the local leadership for their hard work during the pandemic.

Speaking with the press after the show, Cho Lam commented on the choice in parodies. He hopes to resonate with the audience by adding current news issues. “We have not done much of this in the past. I hope everyone will accept our open-minded approach, and be able to enjoy themselves and not take things too seriously. I also hope that the audience will provide feedback as to what they want to see onscreen, so we can see if it is doable.”

Not afraid to broach sensitive topics, Cho Lam stated, “It’s worth a try. Since I’ve returned to TVB, then there should be some change. Sometimes, it is good to touch upon hotly contested topics as it encourages a rational discussion.” 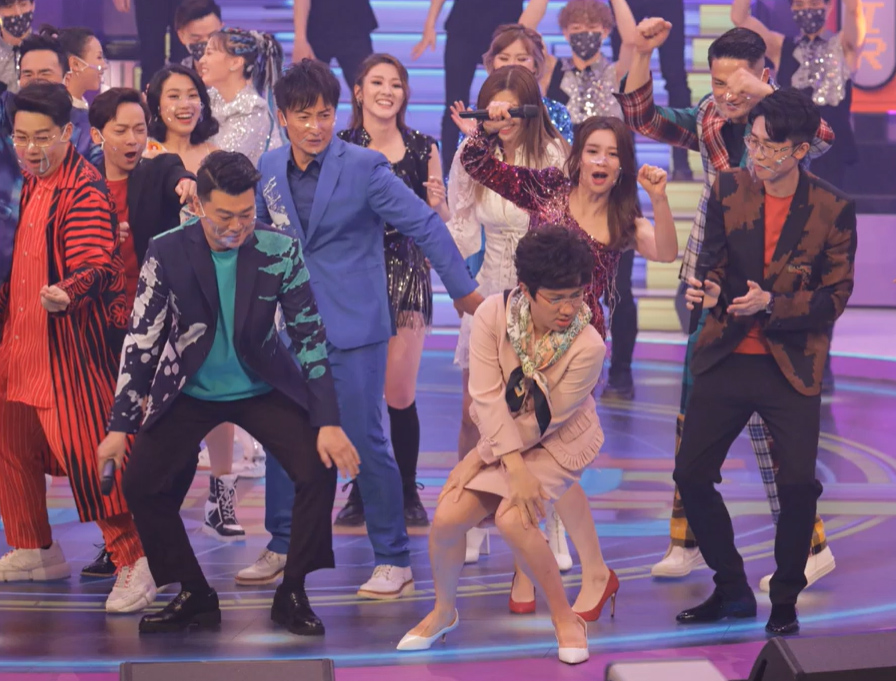