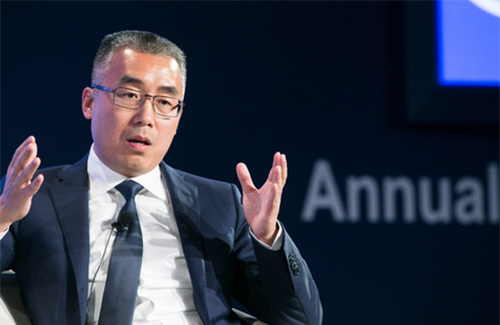 TVB’s growth has not been ideal in recent years, and this is reflected in their stock price which has fallen 70 percent from their highest point in 2017. The released annual financial results showed a net loss of $280 million Chinese yuan for the year, marking it the third consecutive year the company has recorded losses.

TVB majority shareholder and chairman of the executive board, Li Ruigang (黎瑞刚), harshly criticized the station for losing direction in the past 10 years. The media tycoon, who has been nicknamed as China’s Rupert Murdoch due to his extensive experience in Chinese the broadcasting industry, entered his stake in TVB in 2015.

Li points out that everything from the station’s programs, management team, corporate image, and operations are aging. The toxic work culture with cliques and favoritism are hindering the company’s ability to innovate, and suppressing youth and vitality.

Stating that TVB has already hit rock bottom and needs to reform immediately, Li believes that if TVB’s efforts do not improve, the company will fail. As part of the new changes, Eric Tsang (曾志偉) and Wong Cho Lam (王祖藍) were appointed managerial roles to improve programming quality and expand viewership in the Mainland Chinese market.

Believing that TVB bears the responsibility of supporting Hong Kong’s cultural estate, Li heavily criticized the station’s former stalemate with the four largest music companies and banning many singers from appearing on their platform, while only promoting the station’s own contracted singers.

Li also condemned the operations of TVB’s BIG BIG SHOP and other e-commerce ventures. Many friends have given him negative feedback after using the services.  He believes that e-commerce should not be controlled by the station’s media managers, but rather a professional team knowledgeable in e-commerce operations.

Although he has many criticisms for TVB, Li praises the news department for having a fair political stance. He believes that netizens who are negatively targeting TVB’s advertisers are breaking the law, and hopes that authorities will be able to curb their actions.