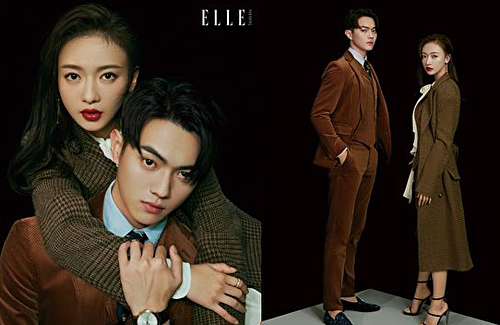 The two stars spill on what they share with their breakout characters in “The Story of Yanxi Palace”.

Gracing the cover of Elle magazine, the two breakout stars of The Story of Yanxi Palace <延禧攻略> share more about finding stardom and what drives them.

Describing her first impression of Xu Kai (許凱), Wu Jinyan (吳謹言) said, “It would be during the filming of Zhao Ge <朝歌> and he is really handsome!” The two did not have many scenes together then. When Jinyan next saw Xu Kai in costume for Yanxi Palace, she thought that this was exactly how she had envisioned Fuheng, Xu Kai’s character, to be like. Describing their shared chemistry, she added, “It’s as if we saw each other grow up. When filming, I would catch whatever curve ball he threw at me, it’s a chemistry only friends will share, very comfortable and natural.” 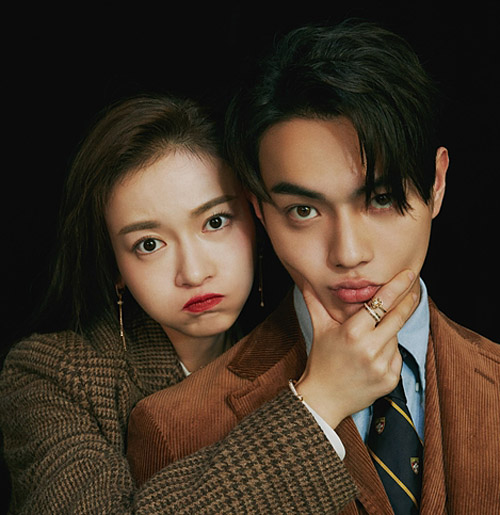 As the two actors were the least experienced in the entire cast of Yanxi Palace, there were many times when they felt jittery at the thought of stalling senior actors with their outtakes. Though the cast told them it was okay, after a few outtakes Xu Kai made sure he went back and made a great effort of memorizing his lines, to the extent that he even dreamed about them.

Yanxi Palace’s astounding success transformed both their lives. As someone who dislikes taking breaks, Jinyan got used to an average of five hours of sleep every day and hardly has any time to go out with friends. For Xu Kai who loves basketball and gaming, he now returns home straight to bed, and a layer of dust has even settled on his beloved computer!

Talking about the fame that both experienced in 2018, Xu Kai said, “When filming this drama, not many noticed us, but now this has changed a a lot. From then to where we are now, we had to go through plenty of internal adjustments…it’s like a process of growing up from being blissfully ignorant, as Jinyan says. But we don’t talk to each other about this, but slowly came to terms with on our own.”

Indeed, Xu Kai and Jinyan’s common career trajectories of seemingly overnight stardom makes each the perfect person to understand the other.

Wu Jinyan: As Tough as the Feisty Wei Yingluo

Long before becoming an actress, Jinyan was a young girl who was determined to become a ballerina at The Affiliated Secondary School of the acclaimed Beijing Dance Academy. However, a series of injuries and later a serious bone fracture left her with little choice but to give up. This however made her tougher than many other girls her age.

Since she was 10, she has been controlling her food intake and has literally “made friends with the weighing scale”, dieting for a period of close to nine years. “When I was filming Yanxi Palace someone asked me, can you carry (some things)? I guess I’ve long been used to it!”

Jinyan insisted on doing what she does as an actress well, this perseverance is what drives her through the daily routine of putting on makeup while in bulky period costumes, bearing the sweltering heat on set, and then going home to continue working on memorizing lines. “The more difficult it is, the greater the joy of accomplishment.”

As her career turning point, the role of Wei Yingluo is also Wu’s self-professed most significant role to-date, opening up more choices for her career and greater autonomy as an actress.

Xu Kai: “I Love My Freedom More than Fu Heng”

Xu Kai, on the other hand, loves his freedom and finds Fu Heng’s character too restricted by family concerns and larger norms. He describes himself as a “big kid” who would willingly live out his own life. “It is too tiring to always consider the bigger picture when doing anything at all.”

He understands that every Mainland Chinese actor who wishes to make it big puts in his or her best. Adding that Yanxi Palace’s success has made him busier and more fulfilled, he acknowledges the pressure and responsibilities which he said “reflects the audience’s affirmation of him” as an actor. Ready to take on any challenges ahead, he does not mind the accompanying hardships. 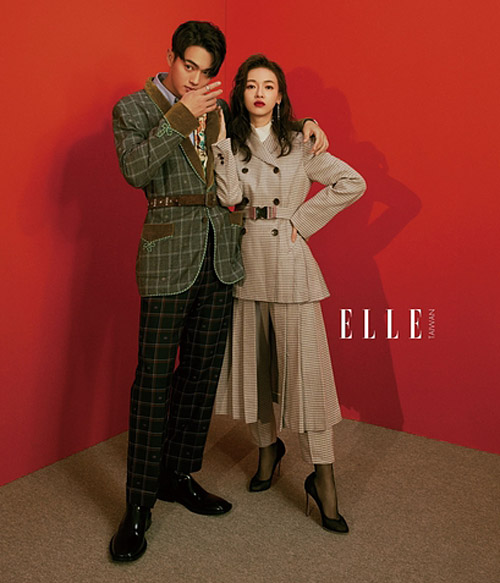