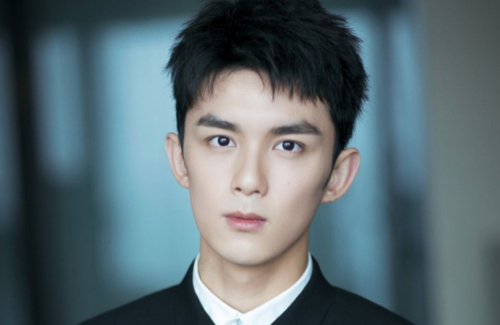 Recently, news broke that young mainland Chinese actor Wu Lei (吴磊) is a celebrity victim of stolen flight miles. According to a source on Weibo, someone stole Wu Lei’s information and redeemed the actor’s 230,200 flight miles to chase after other celebrities over the course of three years. The news became a hot topic online and angered many fans who hope justice would be served soon. Many are also waiting for Wu Lei’s studio to speak up on the matter.

The source claimed a person named Shen Chao (沉超) bought Wu Lei’s identity card from a scalper back in 2017 and bound her phone number to his identity card. By doing so, air mileage will accumulate in Shen Chao’s account whenever Wu Lei takes a flight, and Shen Chao can also check Wu Lei’s itinerary at will.

Since then, Shen Chao redeemed Wu Lei’s air mileage for plane tickets as many as a dozen times, starting from March 3, 2017, when she traded in 26,200 air miles for a flight from Beijing to Kunming. The second offense happened two months later when the suspect redeemed a ticket, dated May 3, from Guiyang to Tianjin. On November 28, Shen Chao used Wu Lei’s miles to fly from Tianjin to Shenzhen – a trip that was not part of Wu Lei’s schedule. The offender struck again and again over the last few years and as recently as two days ago, sometimes redeeming economy seats and other times first-class tickets. The suspect allegedly used Wu Lei’s miles to pursue other celebrities such as Fan Bingbing’s (范冰冰) younger brother Fan Chengcheng (范丞丞).

Fans were naturally enraged by such despicable actions, as they could not believe the audacity of the offender. They expressed that these illegal practices must be put to a stop, as it has become more rampant, and it poses a huge risk to celebrities’ privacy and safety. 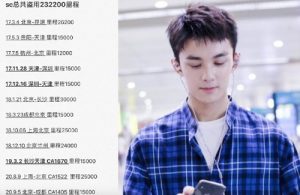