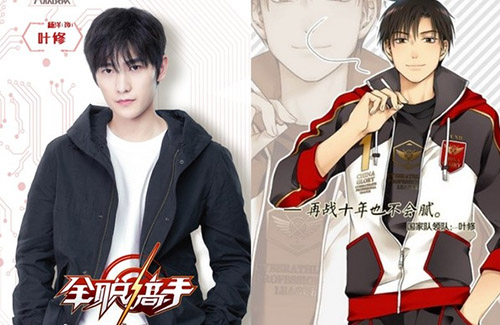 Chinese actor Yang Yang (杨洋), who broke out in the 2016 television drama Love O2O <微微一笑很倾城>, will be going back to his roots in the upcoming television drama The King’s Avatar <全职高手>, based on the novel of the same name. The novel has also been adapted to an animated movie and a manhua series.

The King’s Avatar stars Yang Yang as the pro-gamer Ye Xiu, who consistently ranks high in the multiplayer game Glory. The character is reminiscent of Yang Yang’s breakout role in Love O2O, in which he also played a college gamer.

A first look of the television drama was revealed on November 8, kickstarting its promotional tour. The King’s Avatar will premiere in 2019.

Check out the teaser below!