Zhang Ziyi to Give Birth in the USA in December 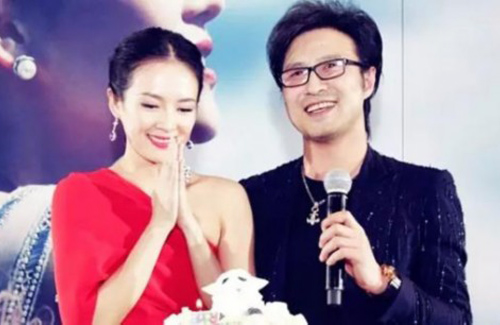 A heavily pregnant Zhang Ziyi (章子怡) was recently spotted being accompanied by husband Wang Feng (汪峰) in a restaurant in the United States. The couple is enjoying their time together before the arrival of their baby this month. Wang Feng has been attending to Ziyi’s pregnancy cravings, such as driving 200 miles to take Ziyi to a steamboat restaurant.

Ziyi will allegedly deliver her baby at the Hoag Hospital in Irvine, California, which is known for having a luxury maternity ward. This will allow the baby American citizenship. Other celebrities who have delivered their children at the hospital include Victoria Beckham and Qi Wei (戚薇).

The photos revealed Ziyi to be in very good shape for an expected mother who will be giving birth later this month. Apart from her protruding belly, Ziyi’s frame appeared slim, and her features remained pretty although she was makeup-free. This toppled earlier rumors that Ziyi’s pregnancy had distorted her appearance. As for Wang Feng, he was dressed casually, wearing a baseball cap on his head. However, Wang Feng was surprisingly smoking despite standing beside his pregnant wife.

Wang Feng, Ziyi and their two managers subsequently drove to a steamboat restaurant, where the couple displayed loving behavior over their meal. Wang Feng actively added food onto Ziyi’s plate, and frequently leaned over to whisper loving words into Ziyi’s ears. To satisfy Ziyi’s cravings, Wang Feng drove more than 200 miles to the restaurant. During the trip, Wang Feng seemed very sure of the directions and often made wrong turns.

As an expectant mother, Ziyi has also not neglected her beloved dog, whom she was spotted walking a few times during her pregnancy.