Attracting much viewer attention since season one aired, couple reality show Viva La Romance <妻子的浪漫旅行> features even bigger stars in its second season. The hit show’s popularity can be seen from it climbing up search rankings and trending topics online. The first episode featured sweet interactions between celebrity couples, reinforcing viewers’ impression that celebrity relationships, from dating to marriage, are indeed much different from relationships between non-celebrity couples. 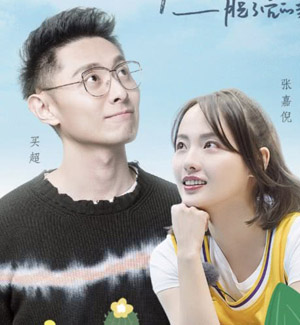 While every couple’s mode of communication is different, all show the affection between both parties. Jenny Zhang (張嘉倪) and her husband Sam (買超) are one such model couple. When host Xie Na (謝娜) reads out a letter as part of the show’s arrangements, Jenny appeared visibly touched while her husband Sam even burst into tears, melting audience hearts and leaving many exclaiming that if this isn’t true love, they don’t know what is.

Although Zhang Ziyi (章子怡) has been married to husband Wang Feng (汪峰) since 2015, many netizens find it difficult to believe the Zhang Ziyi/ Wang Feng pairing even now. However, the sweet interactions between the two on the program is likely to change their views.

Married for almost 19 years now, Chilam Cheung (張智霖) and Anita Yuen (袁詠儀) are as ultra-loving and “sticky” as couples newly in love; while Bao Wenjing (包文婧) and Bao Bei Er (包貝爾) show the audience what makes their relationship work, since one seems happy to heap praise and the other delighted to be complimented.

Perhaps due to it being her first time on a reality program of this nature, Zhang Ziyi appears uptight and even nervous. During interactions with co-stars, she seems to be very aware of the filming cameras and inhibited by them, even though she tries to hide it. The host of the program has also remarked that the award-winning actress seems most at ease when talking on the phone with her husband in her room. Most viewers are hoping to see a more natural side of Ziyi in subsequent episodes.

Compared to Ziyi, Chinese actress Xie Na seems a great fit for reality programs, brightening up the show with her vivacious presence. Bringing on the laughter and “plot twists” that reality show viewers look forward to, she minimizes awkward moments whenever she appears.