Starring Rosy Zhao Lusi (赵露思) and Xu Kaicheng (徐开骋), A Female Student Arrives at the Imperial College <国子监来了个女弟子> smoothly envelops viewers in a light-hearted atmosphere filled with modern humor. Despite criticisms on its storytelling executions, Lusi and Kaicheng exude passionate energy as a bickering student-teacher duo who eventually fall for each other.

A Female Student Arrives at the Imperial College is adapted from a popular web novel with the same name written by author Hua Qian Ci (花千辞). The sole daughter of Grand Marshal, Sang Qi (Zhao Lusi), joins the imperial college as its first female student. With her brother’s encouragement, Sang Qi has faith towards gender equality in education.

However, before Sang Qi applies to college, she entangles herself into a gamble with a haughty noble daughter where she must make the intelligent young master, Yan Yunzhi (Xu Kaicheng), accept her embroidered pouch or risk public embarrassment at an upcoming festival.

Discovering that he is the dean of the imperial college, Sang Qi believes there is no better chance to complete her mission. However, things are not as easy as they initially seem, especially when the young master rejects all her advances and has his eyes on her every move. 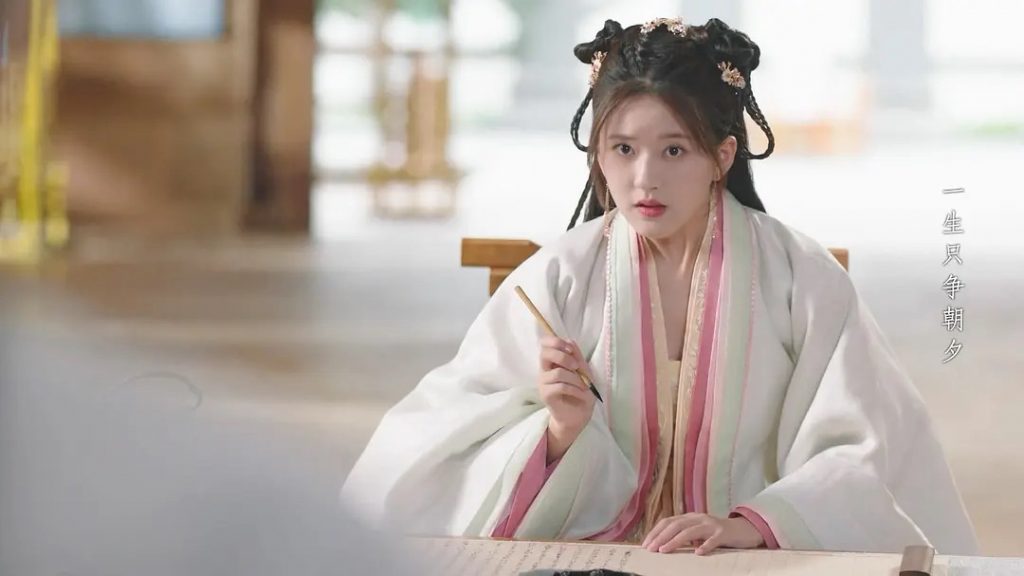 With her natural acting and cute visuals, Lusi achieved popularity with many bright and bubbly characters. However, she appears to be typecast in rom-coms since her debut. Even her latest drama A Female Student Arrives at the Imperial College is greatly similar to her breakout role in The Romance of Tiger and Rose <传闻中的陈芊芊>.

While Lusi’s petite and youthful appearance likely limited her opportunities, there were also concerns on her being deemed as a comedian with the number of comical scenes in A Female Student Arrives at the Imperial College. Her performance in The Long Ballad <长歌行> was a refreshing diversion, so there are hopes to see her embrace more dramatic roles.

Is Lusi’s Chemistry with Kaicheng a Hit or Miss?

Earning recognition through his dominating boss role in Well-Intended Love <奈何boss要娶我>, Kaicheng possesses the skills and the visuals of a classic leading actor, but is criticized for his rounder physique and bad hairstyling in A Female Student Arrives at the Imperial College.  He does seem to click well with Lusi though, as they deliver a fun and stress-relieving historical rom-com worthy of a pursuit.

“A Female Student Arrives at the Imperial College” Trailer