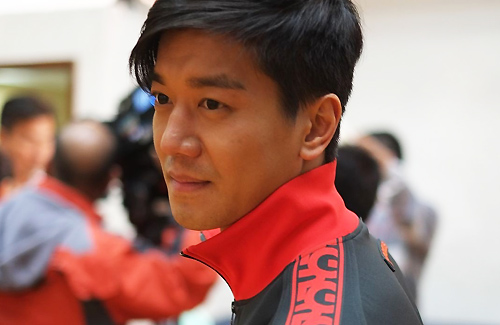 The poor reception of TVB’s prime time dramas has drawn some viewers to watch TVB Jade’s afternoon dramas instead, such as The Slicing of the Demon <凶城計中計>, a paranormal period drama that is currently airing on a late afternoon time slot on TVB Jade. The Chong Wai Kin (莊偉建) serial was a warehoused drama released overseas in 2007, and starred Sunny Chan (陳錦鴻), Michael Tse (謝天華), Bernice Liu (廖碧兒), Elliot Ngok(岳華), and Angela Tong (湯盈盈).

Thanks to its success, the cast of the family-friendly Come Home Love witnessed a sharp jump in popularity in the last few months. In addition to the possibility of adding 100 more episodes to the long-running sitcom, leading more job opportunities for the cast, the main and recurring cast members have also landed on some lucrative endorsement deals and performance opportunities. Max Cheung (張達倫) and Griselda Yeung (楊卓娜) have become a popular duo to perform at wedding venues, while Ricky Wong (王俊棠) became an extremely popular guest performer at various old school Cantopop concerts. The powerful singer currently has plans to open up his own concert at the Tuen Mun Town Hall, and plans to invite Come Home Love costars, Glen Lee (李霖恩) and Yvonne Ho (何綺雲) as his guest performers.

“After work [the cast] will meet up for karaoke,” said Ricky. “They are all great singers with very powerful voices, so I’ve decided to invite Glen and Yvonne to perform at my concert. If I could, I would invite all of them!”

Glen revealed that his wife has plans to produce a stage version of the sitcom. “I did pitch the idea to the studios, and they liked it, but it really depends on the cast rundowns and schedules. Shooting Come Home Love should be the top priority. If everything does work out in the end, the fastest time to see Come Home Love on the stage would be next year.”

On the rumors of him investing a new seven-figure sum to a new business, Come Home Love lead actor, Lai Lok Yi (黎諾懿), confessed, “It’s true. I did open up a vehicle repair shop with my two brothers half a year ago. My brothers have always been in the business, and they always wanted to have their own shop. It has nothing to do with Come Home Love.”

Nonetheless, Lok Yi acknowledged that his popularity has soared after the broadcast of Come Home Love and expressed that his performance fees have indeed increased over the few months. However, because of his Come Home Love obligations, Lok Yi had to turn down invitations to participate in films, mainland Chinese dramas, and other performance opportunities that were coming to him. “There is definitely a loss there, but I am very grateful to be part of [Come Home Love], as it gives me a stage to train my acting. It is an opportunity I will cherish.”