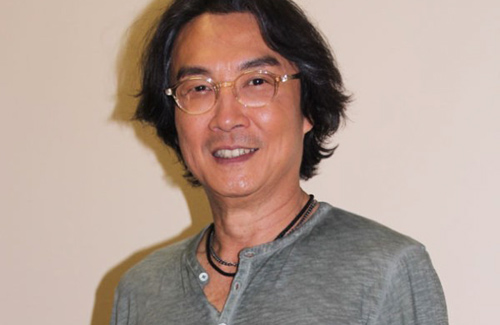 TVB is scrambling to find a new shooting location after it cancelled plans to film new series Elegant Transformation <華麗轉身> in Vietnam, due to the country’s on-going anti-China sentiments. Star Damian Lau (劉松仁) supports the decision and jokingly suggested filming in Canada so that he may meet up with some of his former flames.

A veteran actor who has been in the industry since the 1970s, Damian created many classic TVB characters during his time with the company. He has not been seen in a local drama since 2012’s Silver Spoon, Sterling Shackles <名媛望族>, spending his time instead filming in Mainland China.

Damian has now been summoned back to TVB to star in yet another big-budget production along with his famous on-screen partner Liza Wang (汪明荃). At TVB City for a costume fitting on May 27, he denied that his return had anything to do with saving TVB’s poor ratings, saying that he is simply fulfilling a promise made to Liza two years ago.

With needless violence and civil unrest happening around the world, Damian feels that there is no guarantee of safety anywhere. He is supportive of TVB’s decision to cancel the Vietnam trip, worried about the safety of his junior colleagues. “I’m pretty old, with not many years left. If something bad happens I wouldn’t have much to sacrifice. It would’ve been much worse for the younger ones. I at most would lose a few years, but they could lose a few decades.”

He then jokingly recommended Canada as a potential filming location only because his former loves currently live in the country. Married to his wife, whom he also met while flying to Canada, for over two decades, Damian quickly clarified that the women from his past are all married and that he is only interested in meeting up for a brief chat.

Linda Chung (鍾嘉欣), who will star alongside Damian in Elegant Transformation, gushed about her senior’s attentiveness and willingness to give out acting advice. “I’ve met Chung Gor [Damian] twice and he was very kind to his juniors both times. He told me that my character is difficult to portray and encouraged me to do my very best to make it my own.”