Huang Xiaoming and Joe Chen Fall into a “Cruel Romance” 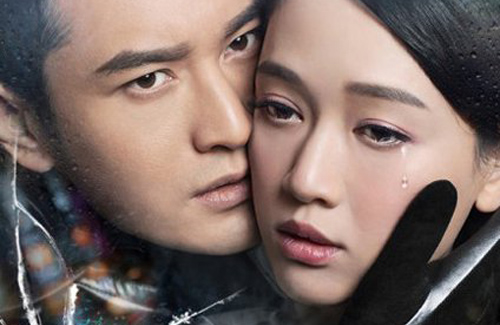 Adapted from a Republican-era novel called The Fate of Jinxiu <錦繡緣>, Cruel Romance tells the story of Rong Jinxiu (Joe Chen), a country girl who travels to Shanghai in order to discover why her entire family was killed. Along the way, she meets triad leader Zuo Zhen (Huang Xiaoming), and after a series of accidents and misunderstandings, the two fall in love.

Also vying for Jinxiu’s attention is businessman Xiang Yingdong (Kimi Qiao 喬任梁), a businessman and close friend of Zuo Zhen. Ever protective of his woman, however, Zuo Zhen refuses to let other men even come close to Jinxiu – which ultimately pays off when a villainous Japanese man (Qi Ji 戚迹) tries to finish off Jinxiu and her remaining family members.

In order to recreate the lavish style of old Shanghai, Cruel Romance invited well-known Hong Kong designer Poling Ng (吳寶玲), as well as many international designers, to fashion the costumes. The production crew also spared no expense for the drama’s setting and accessories, as one of the filming locations is a villa worth more than 100 million RMB. Moreover, Huang Xiaoming’s character wears an antique ring more than a century old, whereas Joe is decked out in diamond jewelry worth more than 10 million RMB and totaling about 10 carats.

Cruel Romance will be Xiaoming and Joe’s second collaboration after their movie, Breaking the Waves <他说·爱>, which was filmed in 2010 but is expected to be released this year.