Sheren Tang Turns Down “Aerobic Girls” Because of Mood Disorder? 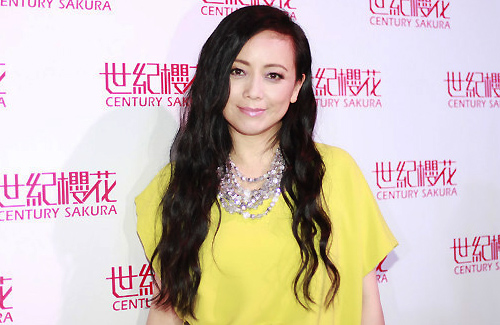 Earlier this month, Oriental Daily reported that Sheren Tang (鄧萃雯) had turned down her starring role in Eric Tsang’s (曾志偉) upcoming television drama for TVB, Aerobic Girls, due to schedule conflicts. But according to recent reports from Sudden Weekly, Sheren’s real reason for turning down the role was because of her recurrent mood disorder.

It has been widely reported that Sheren developed a mood disorder after shooting Jonathan Chik’s (戚其義) award-winning War and Beauty <金枝慾孽> in 2003. A source claimed that Sheren’s emotional demanding role as Consort Yu, as well as Jonathan and Chow Yuk Ming’s (周旭明) upsetting habit of handing out “flying scripts” – a slang term for incomplete scripts that are being constantly rewritten – had greatly distressed Sheren.

Through the encouragement of close friends and her religious beliefs, Sheren’s mental health improved over the next few years. Sheren admitted her struggles with a mood disorder in an earlier televised interview with Pastor Enoch Lam (林以諾).

Unfortunately, Sheren’s mood struggles returned during the 2012 filming of the War and Beauty sequel, Beauty at War <金枝慾孽貳>, which is currently airing on TVB Jade.

Sheren’s Beauty at War costar, Kenny Wong (黃德斌), admitted, “Sheren had a huge burden. Her role [in Beauty at War] was in charge of connecting the two installments together. She had the most lines, the most scenes, and had it was rougher than most of us.”

Costar Christine Ng (伍詠薇) also said, “[Sheren] holds very high expectations for herself. I also had a lot of pressure on myself when working with her.”

As reported by Sudden Weekly, Sheren was initially quite interested in Aerobic Girls and made a verbal promise to Eric that she would save time in her busy schedule to film Aerobic Girls in summer 2013. Flora Chan(陳慧珊), Teresa Mo (毛舜筠), and possibly Lawrence Ng (吳啟華) will also be added to the stellar cast.

Allegedly, Sheren and Eric had already completed their final negotiations in early March 2013, but Sheren decided to drop out of the production in early April 2013. Sudden Weekly reported that Sheren’s reasons for exiting the cast was due to her mood disorder.

Sheren did not comment on Sudden Weekly’s claims, but Eric did imply at a recent interview that Sheren had not signed on to star in the production yet. He is trying to convince Sheren to reconsider her decision.

15 comments to Sheren Tang Turns Down “Aerobic Girls” Because of Mood Disorder?