Hong Kong media has reported that Wong Kar-wai (王家衛), who has been working on a film and TV adaptation of the novel Blossoms <繁花>, has postponed its production due to the COVID-19 outbreak, also known as the Wuhan coronavirus.

Prior to the outbreak, Wong’s film production studio Jet Tone announced that it would be producing two adaptations of Jin Yucheng’s (金宇澄) long novel Blossoms, scheduled to begin production in Shanghai in March. Both the TV and film adaptations will star Hu Ge (胡歌). The female lead for the TV drama adaptation will be Joy of Life’s <庆余年> Xin Zhilei (辛芷蕾), while the lead for the film is rumored to be Zhang Ziyi (章子怡). 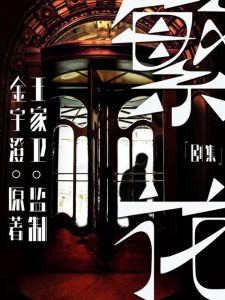 However, due to the ongoing outbreak of the COVID-19, many production studios were ordered to halt production, including Wong’s Jet Tone Productions. Reports say that filming for Blossoms will begin this summer at the earliest.

Wong will be in charge of direction the film version. Wong will produce the TV adaptation directed by Shen Yan (沈严), who also directed The Rise of Phoenixes <天盛长歌>. The story follows main character A’bao, from 10 years old to middle age. Set in Shanghai, the first part is set in the 1960s to 1970s; the second half is from 1980s to 1990s.