Who is the Fifth Undercover Cop in “Line Walker”? 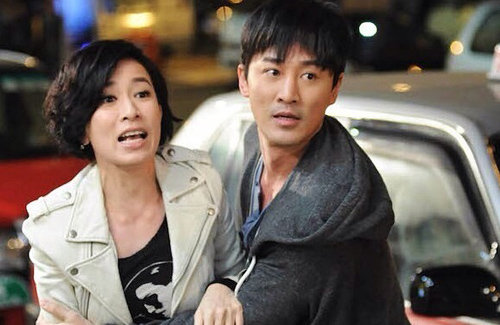 With the viewership ratings for Line Walker <使徒行者> slowly going up, audiences are eagerly trying to guess the twists and turns in the plot. The identity of the fifth undercover police officer in the series generated many buzzing discussions.

The story of Line Walker begins with Michael Miu (苗僑偉) attempting to find all five of the undercover police officers that were planted in triads by his deceased colleague. Michael has already successfully discovered four of the moles: Charmaine Sheh (佘詩曼), Raymond Lam (林峯),  Sammy Sum (沈震軒), and Skye Chan (陳倩揚).

Viewers are speculating that the last mole is Samantha Ko (高海寧). Initially taking on the cover of a boss of a public relations company, Samantha fell under the dark side unlike the others who remained faithful to their police identities.

Spoilers For Last Half of Line Walker

After his son’s death, triad leader Benz Hui (許紹雄) hid himself away due to sadness and guilt. He discovered that he knew Charmaine’s biological mother from the past. Michael asks Charmaine to play along and let Benz think that she is his illegitimate daughter, so the police can take down Benz once and for all.

Although ICAC officer, Sharon Chan (陳敏之), mistook Michael as a black cop in the beginning, she finds out the truth. The pair works together to find out the real mole in the police force. After discovering that her boyfriend, Patrick Tang (鄧健泓), is a corrupt cop, Sharon and Michael’s next goal is to figure out who the remaining black cops are.

Sammy Sum to Win Most Improved?

After breaking up with Patrick, Sharon rekindles her relationship with Sammy Sum. Portraying the courageous and affectionate undercover cop, Sammy’s popularity surged due to his role in Line Walker. His performance in All That is Bitter is Sweet <大藥坊> also makes Sammy a hot contender for this year’s Most Improved Actor at the upcoming TVB Awards.

152 comments to Who is the Fifth Undercover Cop in “Line Walker”?