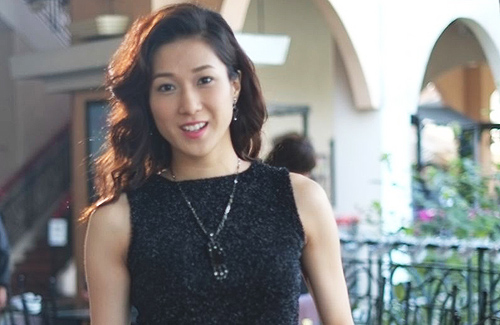 Linda Chung (鍾嘉欣) has been successful within the entertainment industry in both the drama and music fields. After winning the 2004 Miss Chinese International Pageant, she quickly rose to become one of TVB’s top fadans. In August, Linda will be holding her first solo concert at the Kowloon Bay International Trade & Exhibition Centre. Having waited for years, she is finally able to fulfill her dreams of singing on her personal stage.

In the past, Linda attended numerous concerts as a guest performer. However, she never had the chance to possess a stage of her own. As a singer under Star Shine International, Linda worked closely with the company’s founder, Herman Ho (何哲圖). “I envied other singers when I saw them hold concerts. Herman told me that I should hold a concert after the release of my fourth album. This year, my fourth album is finally released.  At first I thought he forgot his promise. I can’t believe it’s finally coming true.” Linda said excitedly.

A cordial approach will be the theme of Linda’s first concert. Besides singing her own songs, she will also be covering songs from other singers. “My next step is to enter the Hong Kong Coliseum,” Linda revealed. The most important thing for her at this time is the experience of exercising and rehearsing. According to Herman, the concert this August will serve as a stepping-stone towards the ultimate goal of singing in the Hong Kong Coliseum.

With a hectic schedule, Linda still puts her health as first place. “I get colds very easily, so I’m currently maintaining my health with Chinese traditional medicine. I also go out for runs or swims to practice my breathing.”

The sequel of last year’s popular TVB drama, Tiger Cubs <飛虎>, will start filming in June. Linda will take Jessica Hsuan’s (宣萱) spot as female lead and star alongside Joe Ma (馬德鐘). Will the filming schedule conflict with concert rehearsals? “The drama should be done filming by August. Being able to film Tiger Cubs is a rare opportunity, and it’s also a big challenge. I’ve never collaborated with Joe before. The subject matter of the drama is very new and fresh for me.”

Linda is actually a very athletic girl who is good at playing basketball and volleyball, but with her previous roles, the audience is likely to forget this side of her. Starring in an action drama will provide the audience with a new image.

Does Linda feel pressured to take Jessica’s place in the drama? “No, unless my role is exactly the same as hers. I believe I’m portraying a different character. It’ll give me some space for creativity.”

69 comments to Linda Chung to Star in “Tiger Cubs” Sequel