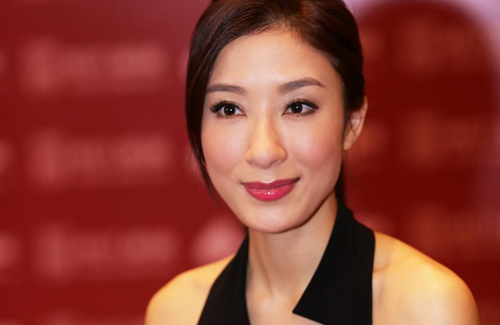 Earlier, it was reported that Tavia Yeung (楊怡) will be the lead in Lee Tim Sing’s (李添勝) Legend of Empress Lu <呂后傳奇>, a biographical drama about the life of Han Dynasty empress, Lu Zhi. However, Tavia dropped out of the project, leaving the lead actress slot empty once again.

Casting issues plagued Legend of Empress Lu since Producer Lee considered producing the series in late 2011. Charmaine Sheh (佘詩曼) had promoted for the series at a Sales Presentation event in November 2014. Last month, it was announced that Charmaine decided to turn down the role, as she was worried that her character’s heavy head pieces would aggravate her old neck injury. There were also rumors claiming that she was not satisfied with the drama’s cast.

Producer Lee said, “I don’t know the reason why [Charmaine pulled out], but I will eventually find a suitable lead actress.”

Afterward, Producer Lee wanted to cast Myolie Wu (胡杏兒) as Lu Zhi. Myolie, whose TVB management contract is ending soon, said no. Tavia was then called in to replace Myolie, but she had to turn it down due to scheduling conflicts. Producer Lee then contacted Niki Chow (周麗淇), who also rejected the role.

Originally scheduled to start filming in April, Legend of Empress Lu Zhi may be delayed due to casting conflicts.  Producer Lee said, “This drama is about the life of Empress Lu and not your typical palace-scheming drama. It’s important to find a suitable actress to play the role. Casting leads are not easy anymore because many artistes have left the company. The ones who are still left are very busy. I actually suggested using a new actress. It is a risk, with a 50/50 chance of winning. I’ll let the company decide. Regardless, I will follow my script first and foremost.”

Broadcast of “No Reserve” Remains Unknown

In related news, the airing of the third installment of his Rosy Business <巾幗梟雄> trilogy, No Reserve <巾幗梟雄之諜血長天>, is still unknown. No Reserve, starring Wayne Lai (黎耀祥), Edwin Siu (蕭正楠), and Myolie Wu was filmed in early 2013 and is set during the Second Sino-Japanese War.

In regards to No Reserve’s unknown broadcast date, Producer Lee said, “I really don’t know what’s going on!” Asked if TVB’s hesitation in airing the series was due to the drama’s mature content, such as Wayne Lai’s sodomy storyline, he said, “I’m not stupid! I’ve been doing television for many years and I know what I should film and what I shouldn’t. There are many reasons as to why the company is handling the series in this manner. Maybe this drama is not suitable to air around this time. Thankfully it’s a period drama, so it can be aired whenever it can.”

Producer Lee also said that No Reserve is a different type of series, and it was a risk to produce it. “Since I took the risk, I also must accept the dangers it can bring. I was not expecting that taking risks could cause trouble in so many areas. Never again!”