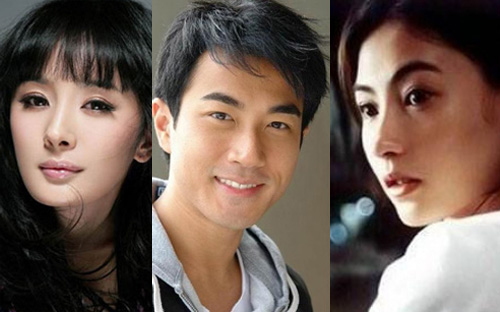 Yang Mi (杨幂) may be 2012’s highest grossing film actress, but do not let that deceive you into believing that she is the best of the year. Out of her long laundry list of films and television dramas that were released in 2012, only two – Love in the Buff <春嬌與志明> and The Bullet Vanishes <消失的子彈> – were considered to be decent works, and she was not even a major character in either movie. Other than those, the rest of her films were underwhelming and criticized for their poor quality.

But Yang Mi is still young and growing. Many successful actors, such as Chow Yun Fat (周潤發), Tony Leung(梁朝偉), Brigitte Lin (林青霞), and Joey Wong (王祖賢), had their fair share of bad films. After all, Yang Mi has the looks and the body. With proper training and a good selection of films, Yang Mi can improve her resume credentials in no time.

As Holding Love is one of the worst films of the year, it is difficult for a cast member to not make it into the worst list of actors and actresses. If Yang Mi gets in, surely her onscreen and real life boyfriend, Hawick Lau (劉愷威), will also get in. Is that what Hawick wants? To be together forever with Yang Mi? We must not separate these lovebirds apart!

But there is chance for Hawick to redeem himself. His television dramas are not bad at all. If he sticks to television dramas, it is possible to see Hawick win a Best Television Actor of the Year in the near future.

Yang Mi may have succeeded Cecilia Cheung’s (張栢芝) spot last year as worst film queen, but placing herself on the list for three years in a row, Cecilia deserves to earn another mention. Cecilia is now the queen dowager of worst films, and rightfully so. We thought Cecilia would take another long hiatus from acting after her comeback film, Legendary Amazons <杨门女将之军令如山>, flopped in the box office in 2011. Cecilia thought she could have another go with The Lion Roars 2 in 2012, but we all know how that turned out.