Charmaine Sheh to Star in “Triumph in the Skies” Movie? 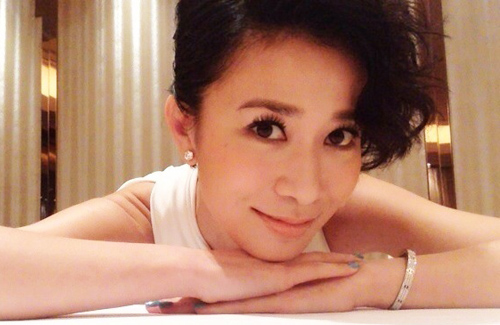 TVB plans to bring the success of the Triumph in the Skies <衝上雲霄> installments to the big screen, hoping to quickly release a film version. Produced by Tommy Leung (梁家樹), the movie confirmed its cast to include Francis Ng (吳鎮宇), Chilam Cheung (張智霖), and Louis Koo (古天樂) earlier. Charmaine Sheh (佘詩曼) is now reported to star as female lead.

In the past few years, Charmaine spent most of her acting career in Mainland China. Despite her popularity, Mainland series Female Constables <帶刀女捕快>, Marry into the Purple <嫁入豪門>, and The Legend of Kublai Khan <忽必烈传奇>, did not reach expected ratings. Reportedly dissatisfied with Charmaine’s performances, the production companies gradually turned to rising Mainland stars instead. Sensing the declining number of opportunities, Charmaine returned to the Hong Kong market and filmed TVB drama, The Apostle <使徒行者>.

When Charmaine learned there will be a film version of Triumph in the Skies, she showed immediate interest in taking the role of female lead. Furthermore, her good friend, Toby Leung (梁靖琪), is the daughter of producer Tommy Leung. Charmaine and Toby share a sister-like relationship and are constantly spotted shopping and dining with each other. During an earlier break from work, the two even took a trip to Thailand together. With a close connection to Mr. Leung, it was said that Charmaine could easily win the role.

Fala Chen (陳法拉), who was originally considered to be the female lead, lost the opportunity after she refused to renew her TVB management contract. Meanwhile, Charmaine is known to share great chemistry with Chilam Cheung, adding to her suitability for the role. The two have collaborated before in TVB series, Return of the Cuckoo <十月初五的月光>, as well as the movie, Perfect Match <跑馬地的月光>.

46 comments to Charmaine Sheh to Star in “Triumph in the Skies” Movie?