Ethan Ruan Drops Out of “To The Fore” Due to Injury 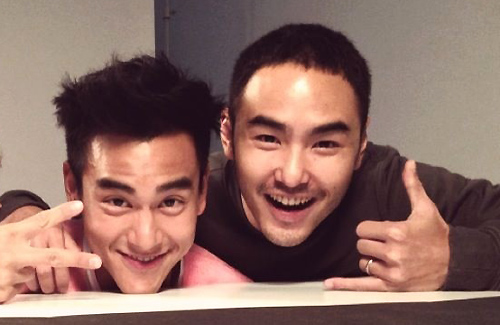 Although Taiwanese star Ethan Ruan (阮經天) was announced to co-star with Eddie Peng (彭于晏) in Dante Lam‘s (林超賢) To the Fore <破風>, Ethan was forced to pull out of the movie due to a relapse from an old injury.

Previously having torn his right knee ligament, Ethan began experiencing pain again when he was filming action scenes for To the Fore in Mainland China. Under the orders of the doctor, Ethan must rest for two months, then subsequently go to physical therapy for another two months in order to heal his knee properly. It was advised that he refrain from doing extensive exercise – ultimately rendering him unable to continue his role in the action-packed movie about competitive cyclists.

Desperately scratching his head to find a new lead in time, director Dante Lam is experiencing great difficulty in finding a suitable replacement for Ethan. Even without Ethan’s departure, there were many obstacles in filming To the Fore, from roadblock delays, to finding the proper production team.

On the other hand, Eddie felt personally responsible for the situation at hand. Since Eddie personally recommended Ethan for the role, he was apologetic that the filming schedule had to be pushed back. Ethan also released an official apology to Dante through his manager, “Because of my injury, I want to say sorry to the director. I’ve always wanted to work with director Lam, but I can’t. It’s a shame and I’m regretful. I hope we have a chance to collaborate in the future.”