The Rescue <紧急救援>, starring Eddie Peng (彭于晏) and directed by Dante Lam (林超贤), is set to premiere in Mainland China next Spring Festival. After filming wrapped up in late May, the team has been rushing to catch up with post-production. Since the action movie centers on underwater rescue operations, many scenes were filmed underwater. Dante knew it would be a difficult topic to film, but he immediately thought of Eddie.

The director explained, “[Eddie] doesn’t just talk the talk; he proves he can do it by walking the walk. It is rare to find a like-minded person. He likes to film torturous movies. It takes two to tango, and he’s a good partner to practice with.”

However, The Rescue proved to be quite challenging for Eddie. Dante expressed, “The most difficult thing is to overcome fear. When you are underwater, you can’t calm yourself. As long as I’ve worked with him, I’ve never heard Eddie say the word ‘scare,’ but this time he really shouted that he was afraid!”

To comfort the actor, Dante told him, “I am also scared, but if we’re scared, let’s be scared together.”

And just like that, Dante dove underwater with Eddie despite not having received training. “I held a camera underwater,” Dante shared. “I understood the problem and made an adjustment on the spot. At least when Eddie said the water was really cold, I knew how cold it was!”

He added, “The shock factor in The Rescue is at least five or six times higher than Operation Red Sea <紅海行動>.”

Recently, it was announced that Operation Red Sea was nominated for Best Picture, Best Director, and Best Supporting Actress at the 32nd Golden Rooster Awards and the 28th Golden Rooster and Hundred Flowers Film Festival respectively. As the only Hong Kong nominee in the Best Director category, Dante expressed his excitement. 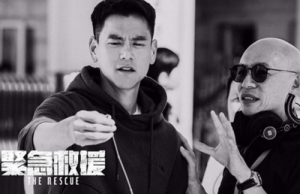 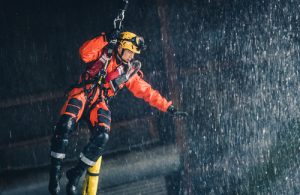