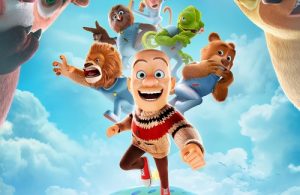 With Lunar New Year being one of the most important times in the film industry, there are always several major blockbusters lined up in celebration of the holiday, and the upcoming Lunar New Year is no exception. While everyone is looking for a fresh start in the new year to leave behind the dreary 2020, the pandemic has no signs of going away, and cinemas worldwide are still attempting to recover. Despite unfavorable circumstances, the film industry is eager to make the best out of the situation by announcing the Lunar New Year release of three high-budget films, including Detective Chinatown 3 <唐人街探案3>, The Rescue <紧急救援>, and Boonie Bears: The Wild Life <熊出没·狂野大陆>, in early 2021.

Initially, many blockbusters planned on competing for the Lunar New Year box office sales this year, but due to cinema shutdowns, most adjusted its release schedule. Lost in Russia <囧妈> premiered online for free while Leap <奪冠> and Vanguard <急先鋒> delayed its release and aired this September, and Jiang Ziya <姜子牙> this October. Unsurprisingly, there were varied responses to these films, and none particularly made a breakthrough.

Among the three big-budget movies slated for a 2021 premiere, Detective Chinatown 3 is the most anticipated by the public, but any further delay may cause the public to lose interest. Fortunately, there is finally a set date, and fans cannot be more excited for the third installment of the popular film franchise. Detective Chinatown 3 is highly budgeted, so it is necessary to release it during the holidays to receive a high return on investment. 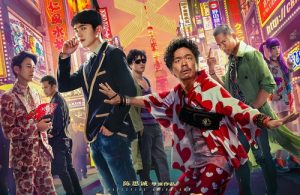 However, Detective Chinatown 3 would not be the only one monopolizing the Lunar New Year market, as it also competing against The Rescue and Boonie Bears: The Wild Life. Both were originally slated for this year’s Lunar New Year, but they got postponed due to COVID-19. They are also strongly anticipated as The Rescue is directed by Dante Lam (林超贤) and is the third and last chapter of the hit action trilogy. Boonie Bears: The Wild Life is also the seventh installment to the favorite animation series for children. Previous installments for both films have always proved to be box office successes, so these upcoming installments will likely display a similar performance. 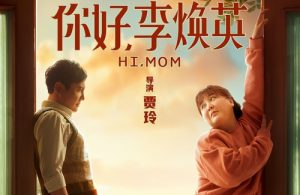 In addition to these three expecting films, there are also another six reported to join the race. The Yin Yang Master <侍神令>, which is wildly hyped up online with its strong cast and attractive trailer, stars Chen Kun (陈坤), Zhou Xun (周迅), William Chan (陈伟霆), and Qu Chuxiao (屈楚萧). Hi Mom <你好，李焕英 >, directed and performed by Jia Ling (贾玲) for the first time, features a large comedic ensemble, so it is expected to bring great laughter. Animations New Gods: Nezha Reborn <新神榜：哪吒重生> and Agent Backkom: Kings Bear (贝肯熊2：金牌特工) are both expected to do well too. Lastly, Endgame <人潮汹涌> and Assassin in Red <刺杀小说家> are headlined by popular actors Andy Lau (刘德华) and Yang Mi (杨幂), respectively.