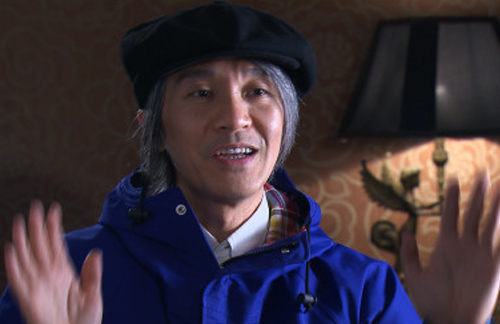 With a record box office income of 1.1 billion RMB 17 days after it was aired, Stephen Chow’s (周星馳) Journey to the West: Conquering the Demons <西遊．降魔篇> does not show signs of slowing down. The film is on the verge of overtaking Avatar as the highest grossing movie in China. Behind the scenes, a disagreement is slowly unfolding between director Stephen Chow’s Bingo Group and its Chinese partner, Huayi Brothers, over the distribution of the movie’s profits.

The controversy started on when Huayi Brothers’ CEO, Wang Zhonglei (王中磊) announced on his Weibo, “Journey to the West is Huayi’s first production, distributed in China. And the highest grossing film ever!” Two days later, it issued an official notice stating the filming studio is not only the mainland Chinese distributor of the film, but also an investor. This claim differs widely from Bingo’s announcement made last November, which did not name Huayi as one of the film’s financiers.

Last Monday, when Journey to the West broke through the 1 billion RMB record, Huayi released another notice stating that the company should be receiving pre-tax profits of 196 million RMB from the film. On the same day, Bingo issued a notice saying that Huayi would receive 12 percent of the film’s net profits as the distributor plus an additional share of box-office dividends, while the investors, which does not include Huayi, will obtain about 70 percent of the net income calculated from distribution of the film in mainland China.

The following day, Huayi retaliated by posting yet another notice declaring Huayi and Bingo have already signed an agreement that that it should be Huayi which should receive the 70 percent of the net income from its earnings in China. Yesterday, Huayi continued with its claim by posting on its Weibo that on top of the distribution fees, it should get to enjoy at least 70 percent of the film’s net takings which could amount to as much as 267 million RMB.

If the profits dispute continues, the matter may need to be settled in court.

In a telephone interview, Stephen said, “The matter is too complicated for me to explain within a few words. Anyway, the company is already looking into it. As of now, I have nothing much to add.” Considering the close relationship between Wang Zhonglei and Stephen previously, this matter may just be as delicate as it is complicated.

In related news, Stephen indicated that Journey to the West’s successful box office reception was within his expectations. “One billion RMB is within my expectations. I had confidence that the audience will like this film.” Although viewers miss his onscreen performances, Stephen remained noncommittal as to whether he will act again. He continues to exhibit a strong interest in all aspects of film production, including action choreography and lighting.

26 comments to “Journey to the West” Soars to 1.1 Billion RMB; Profit Dispute Remains