Louis Koo Pairs with Chrissie Chau in “An Inspector Calls” 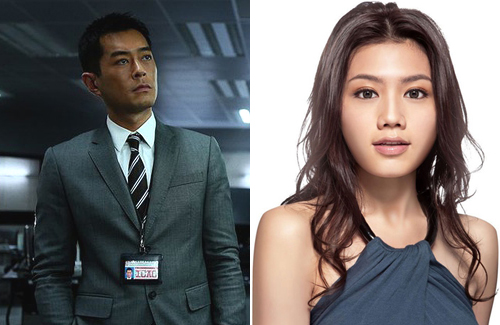 Having been kept busy with never-ending film offers, Louis Koo (古天樂) is taking on a new project once again. Louis will start filming detective film, “An Inspector Calls” <玻璃偵探> in December.

Based on the play of the same name by famed novelist J.B. Priestly, An Inspector Calls depicts the people and incidents an inspector encounters when investigating the death of a suicide victim. The story incorporates black humor despite the grim topic. As the filming process has been publicized in the American entertainment magazine, The Hollywood Reporter, Louis’ international profile is expected to increase due to his involvement in the film.

Raymond revealed the source of inspiration for making the film, “I watched the musical production of An Inspector Calls thirty years ago and it was an unforgettable experience. It has always been my dream to produce [an adaptation].”

Chrissie spoke about her first-time collaboration with Louis, “I’ve known Louis for a while now but this is the first time we are officially working together. I’m really looking forward to it!” Known for her sexy performances in films, Chrissie joked that she looks forward to sharing intimate scenes with Louis, “I hope there will be! I wonder if the director can give me a hand with this!”