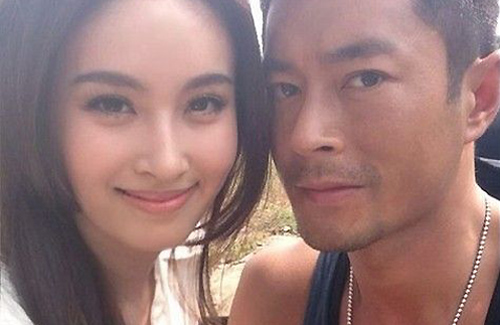 The relationship rumors spread rapidly after their encounter at a dinner event in Hong Kong. The way Louis and Poy behaved towards each other that night led to speculations from the Hong Kong and Thailand media that they may have developed romantic feelings towards each other. Louis was further rumored to be the third wheel that broke up Poy and her ex-boyfriend’s relationship.

The dinner event was originally an opportunity for Poy to meet up with local directors Berry Chan (陳木勝) and Daneil Lam (林小明). Louis happened to be present as well, and it all started when he made a simple remark towards her. “Hmm, you’re fatter now!” Louis exclaimed when he saw Poy. Following this, Poy was allegedly too scared to consume any more food, and did not eat during the rest of the meal.

Since Poy seemed to have cared a lot about what Louis thought of her, reporters wondered if the two were in an intimate relationship. Earlier, Poy broke up with her Thai boyfriend of five years, and Louis is rumored to be the cause of their breakup. When questioned about the tabloid reports, Poy admitted that she indeed broke up with her boyfriend, but emphasized it had nothing to do with Louis.

Poy spoke defensively in Louis’ favor, “He treats me like his younger sister. I don’t feel like he has ever pursued me. Don’t bring him into this. I don’t want to ruin his reputation!”

Known as Thailand’s most beautiful transgendered woman, Poy starred in many popular Thai films and will make her Chinese debut in The White Storm as a drug dealer.