Acclaimed Hong Kong auteur, Pang Ho Cheung (彭浩翔), is finally back with another absurd comedy film that will most likely remind Hong Kong viewers of why local “cheap” comedies still remain to be the city’s best-selling film genre.

Pang Ho Cheung’s SDU: Sex Duties Unit <飛虎出征>, a Category III film that stars Chapman To (杜汶澤), Shawn Yue (余文樂), Matt Chow (鄒凱光), and Derek Tsang (曾國祥), is scheduled to hit Hong Kong cinemas on July 25, 2013. The riotous comedy follows a team of SDU officers and their “unadulterated debauchery” during their weekend trip to Macau. The tone of the film will be similar to the director’s past blockbuster hits, such as the licentious Vulgaria <低俗喜劇> and Men Suddenly in Black <大丈夫>.
Plot
The film starts off with a jewelry robbery case. The jewelry shop’s owner, portrayed by Joe Tay (鄭敬基), was humming to his own 80s Cantopop classic, “The Wine Glass Knocks the Piano” <酒杯敲鋼琴> when an armed thief, portrayed by Lam Suet (林雪), comes breaking into the shop. Lam Suet tells Joe to shut up and not move, but Joe insists on continuing with his humming. In the end, Lam Suet grabs a cup and smashes it onto Joe’s head.
The film then cuts to the main leads – four SDU officers, portrayed by Chapman To, Shawn Yue, Matt Chow, and Derek Tsang, going to Macau for the weekend to spend some time in the brothels.
The team’s leader, Chapman To, meets up with the brothel’s owner, portrayed by Jim Chim (詹瑞文). Jim introduces the team to a line of mainland Chinese prostitutes, who all speak in heavily accented Cantonese. Shawn Yue, who wants a “threesome”, calls in a girl from Heilongjiang and a newcomer, portrayed by Lau On Ki (劉安琪), into his room. Unfortunately, the newcomer is inexperienced in her job, and Shawn ends up spending the entire night teaching the girl on how to pleasure her clients.
Derek Tsang, who portrays a gay cop, initially did not want to partake in the team’s sexual endeavors, but in order to keep his sexuality a secret, he decides to try spending a night with a female prostitute. The prostitute accidentally rubs Gun Gold Oil – a traditional Chinese oil used to treat erectile dysfunction – on his body. Derek’s teammates had no choice but to bring him to a male prostitute den.
The male prostitute den that is decorated to look like a Thai restaurant. The owner, portrayed by Siu Yam Yam (邵音音), brings them a menu, in which each dish on the menu represents a different male prostitute from different countries. Dishes include “curry roasted lamb balls” and “royal curry fried crab.” The team randomly chooses a “Thai-styled roasted suckling pig” which, to their surprise, suited Derek’s taste.
“SDU: Sex Duties Unit” Trailer
[vsw id=”LXFFcF0PP4I” source=”youtube” width=”500″ height=”375″ autoplay=”no”]
Source: ihktv.com
This article is written by Addy for JayneStars.com.
Categories: Movies
Tagged: Chapman To, Derek Tsang, Matt Chow, Pang Ho Cheung, SDU Sex Duties Unit, Shawn Yue 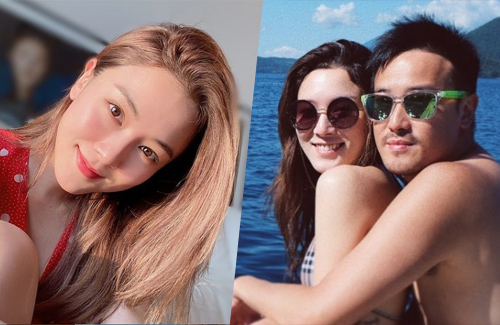 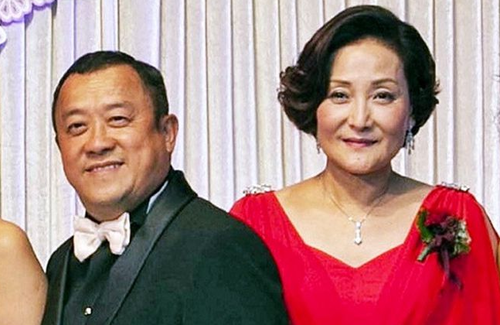 Rebecca Chu, the second wife of Hong Kong actor Eric Tsang and the mother of film director Derek Tsang, passed away on August 3.