In Hong Kong Love Stories, Venus plays Shay, a photographer and the second daughter of the Chan family. Due to her rebellious nature, she is not on good terms with her family. Viewing love as impermanent, she often has one night stands until she meets Brian Tse’s (謝東閔) character.

Venus shares that Shay’s views on relationships are quite simple, “She sees everyone as a visitor in her life, where no one owes each other anything and that they are in a mutual agreement to just use each other for warmth and pleasure. When she meets Brian, she realizes that she can not necessarily get whatever she wants. Both of them slowly learn about each other and uncover their most fragile inner thoughts.”

Though Shay has a casual approach towards sex, Venus declares that she is the complete opposite, “I am someone who really requires love. I need to spend time to feel and communicate, because getting to know someone is actually a beautiful thing. Besides, I like romance so the process needs to occur slowly.”

Husband Provides the Warmth of Family

The actress’ need for romance carries into her marriage with Eric Tsang‘s (曾志偉) son, Derek Tsang (曾國祥) last year . Deeply committed to one another, they tattooed their wedding rings on their fingers. Though the couple both have busy work schedules, Venus takes initiative to create romance in their moments together. “For example, I’ll cook. We are both very busy but we are both willing to give and to accommodate one another. Just by doing something as simple as this makes us both very happy.”

Derek’s genuine nature and small gestures won Venus over. As Venus’ birthday is on January 1, this always made her feel that friends would rather celebrate New Year’s Day instead. “Since I was young, I had developed this idea that people are forcing themselves to celebrate my birthday until I met Derek. Ever year, he will celebrate my birthday on this day and he had once organized a surprise birthday party too! The fact that there is someone who genuinely cares makes me feel warm on the inside.”

Praising her husband for being detail-oriented and filial, Venus said, “He is the family that I chose, and he actually does what a family member is supposed to do too. He loves my family and if I cannot do something for them, he will take care of it on my behalf. In the beginning of the year when I was busy with work, he took my youngest brother skiing by himself. I felt that this was really sweet of him.”  As she took care of her younger brothers when they were growing up, they are all very close. 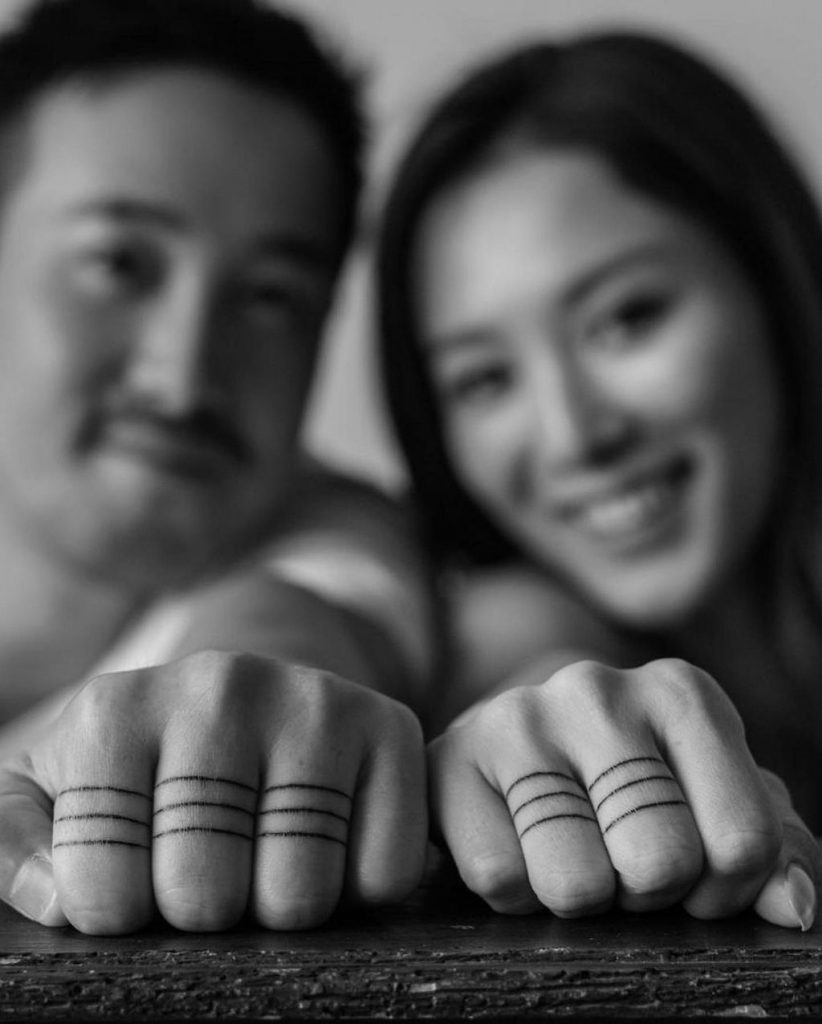 Though Venus grew up in a single parent household, her childhood did not affect her views on marriage. “I feel that I need marriage more than Derek, because I have fantasies of having a family. I used to wonder what life is like after marriage and if it would be romantic?”

But Venus found out there has not been much change to life after their marriage as they do similar activities. “The biggest change is our attitude. There is a sense of insecurity before marriage and no matter how busy, we would make the time to maintain our relationship. After marriage even if there are things that we cannot do right now, we don’t feel the rush to do it knowing how long the road is ahead of us. It is important that we do not take things for granted, and that we remember to appreciate each other.”

Marriage has allowed Venus also has given her more time to focus on her career, “When dating, we lived apart and at times would want to see each other. Now that we are married, we live together which gives me more time to think about work.”

With a desire to become an artiste with achievements in television, film, and music, Venus joined Voice Entertainment this year. Previously sing the theme song for dramas and movies, this left Venus wanting more. She is very excited at the prospect of having a song that belongs to her, and is planning to release an album.