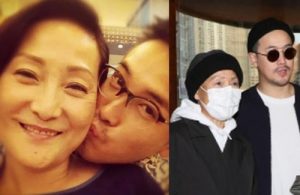 Rebecca, who had been in a long-distance relationship with Eric for over 20 years, returned to Hong Kong from Vancouver earlier this year for a health examination after she fell ill. When Eric and their son Derek Tsang (曾國祥) picked her up from the hospital, Derek had to assist her when she walked due to her weakening body. Afterward, the media caught Derek frequently going in and out of the hospital in May, but he did not disclose his mother’s condition to the public. However, it is speculated that she was fighting cancer throughout this year.

After her death, Derek announced her passing in a public post. He wrote, “My mother maintained a very low-profile, so we hope that everyone can give us space to send her off on her final journey peacefully.”

Living a relatively inconspicuous life, Rebecca cohabited with Eric for many years in Hong Kong before they registered for marriage in 1989 in a low-key manner, unlike Eric’s first marriage with Taiwanese actress Mei-Wah Wong (王美華). In 1972, Mei-Wah and Eric got hitched when he was just 19 years old. Their marriage only lasted for three years despite the huge banquet they held in both Taiwan and Hong Kong. The former couple shares two daughters, Bowie Tsang (曾寶儀) and Wing Yee Tsang (曾詠儀). 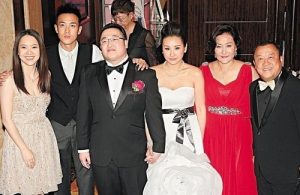 Over a decade later, Eric married Rebecca, who the public described as Eric’s invisible other half since not much is known about her. She shied away from the public eye and lived apart from Eric in Vancouver for the past 20 years. Though the couple lived on opposite ends of the world, their marriage was not estranged at all. Rebecca managed Eric’s finances and took care of their two sons, Hong Kong film director Derek and Mark Tsang (曾國猷), in Canada.