Shirley Kwan After Suicide Scare; Insists Eric Tsang is Not Her Son’s Father 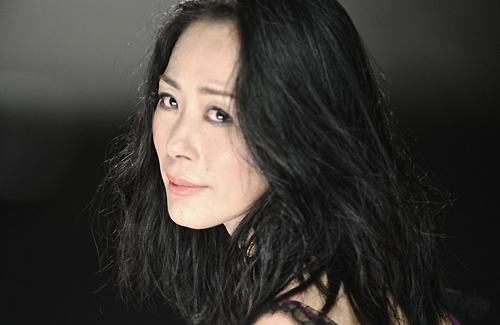 “I had thoughts of committing suicide. I never said I would do it,” Shirley Kwan (關淑怡) firmly expressed.

On September 9, 2012, Shirley left a despairing message on her Facebook account, expressing that she wanted to commit suicide. Shirley explained that she has met many hypocritical and ungrateful people in her life. Aside from her young son, Shirley could not find a reason for her to live anymore.

For hours afterward, Shirley could not be contacted after she posted the suicidal note. It was as if she vanished on the surface of the globe. Shirley’s phone was turned off. She was not at home. She was not at work. Her family failed in attempting to contact her.

“I will not say where I went,” Shirley said in her interview with Southern Metropolis Daily. “I just wanted go to a place where I could be alone, where I could be at peace with my own thoughts. I wouldn’t say I was missing. I waited for my son to fall asleep before I left. I told my housekeeper to tell him that I would be on a business trip for a few days, and I left some cash them. I didn’t bring many things. Only a pair of clothes to change.”

Shirley explained that her sudden depression came from “too many rumors, too many baseless rumors that have hurt me.”

“I am here today to clarify everything. I want justice,” said Shirley.

Shirley was well-known within the entertainment circle and colleagues for her diva and inconsiderate attitude. When had she gained such a negative image?

“It all started five years ago. Jet magazine contacted my friend that they wanted to interview me and do a shoot for their front cover next season.  However, this friend never notified me about it. The magazine then went on to do location spotting and clothing sponsorship. The entire process took three months to prepare. After they were done with the preparations, my friend contacted them last minute that the shoot and interview were canceled. They could not contact me, and they blamed me for being missing in action. It was not until recently, when my manager Marianne told me about this incident. I feel so innocent and cheated!”

Shirley does not know why her friend framed her, nor had she ever asked him. “Many people thought he was my manager for a while, but I never had a manager until recently.”

“I do not feel lonely. The years I’ve spent with my son were the happiest years of my life,” Shirley said softly with a smile.

Shirley admitted that she often had lingering feelings of depression. “I am often alone in Hong Kong. All my friends and family live overseas. I tend to miss them a lot. Other than that, I don’t mind being alone. I am a loner – I’m the kind of person who enjoys sitting alone in a café, sipping coffee, reading a novel, or watching the people walk by in the windows. I can sit there for hours.

“And then the paparazzi come along and snap a picture of me, calling me a mentally unstable loner. So sitting alone in a café for a few hours automatically makes you crazy? The Hong Kong paparazzi can be really damaging.”

Eric Tsang is Not the Father of Her Son

“He is my senior. How can this be possible?” Shirley laughed.

For years, Eric Tsang (曾志偉) was rumored to be the father of Shirley’s 10-year-old son. Shirley denied that Eric was the father, but refused to disclose the identity of the boy’s real father. “I never thought of marrying [my son’s father]. He is younger than me, but I am not much older than him.”

When the rumors of Eric and her were mentioned again, Shirley laughed loudly, “This, I must clarify. It’s too funny! After I gave birth to my son, I went back to Hong Kong from the United States. Eric invited me to star in an episode of the Super Trio <超級無敵獎門人> game show. Long story short, I didn’t know how to get there, so Eric offered to drive me. I knew where Eric lived, so I first drove to his place first, and then his driver took me to the studios. The paparazzi then snapped pictures of us together. When we got to TVB Studios, a story was already made up about Eric and I having already lived together for six months! I  can’t believe this rumor lasted ten years.”

After all that talk, Shirley still refused to disclose the name of her son’s father. “If I were to choose between marriage and my son, I will not choose marriage. No, I was never the third party. It’s just that we were not very compatible together, and we met at the wrong timing.”

However, Shirley revealed, “My son knows who his father is. He would often come and visit him.”

Shirley was smiling throughout the duration of the interview. “After I let all of that out, I feel much better now. Thank you.”

12 comments to Shirley Kwan After Suicide Scare; Insists Eric Tsang is Not Her Son’s Father