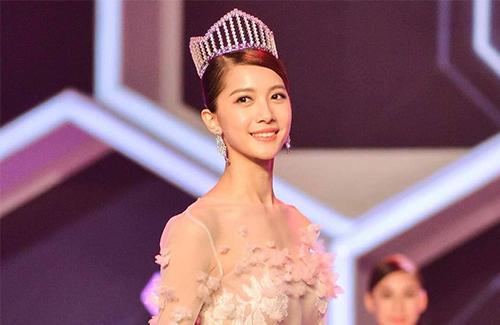 To become an actress was never in the works for Serene Lim (林宣妤). Born and raised in Malaysia, Serena studied nutrition while studying at Taylor’s University in Subang Jaya. She had watched many Hong Kong beauty pageants when she was younger, but never considered to take part in one herself, until her older sister convinced her to try it out one summer.

“There weren’t many opportunities to perform in Malaysia, so I decided to try out in Hong Kong,” she said. “I wanted to know if I was suitable for this industry.”

The move to Hong Kong was exciting, but Serene quickly came to regret it. She wasn’t used to the fast pace Hong Kong lifestyle, and she felt immense pressure from constantly being in the public eye. She ultimately developed bulimia as a result.

“I was too hard on myself,” she said. “I wanted to do well. I wanted to do better in dramas. I just demanded too much of myself.” 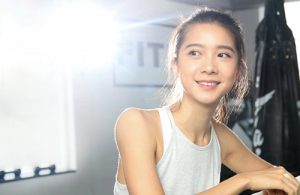 Serene was very particular about her body, reaching 62 kg at her heaviest. “I was not in a healthy mindset. I knew I couldn’t eat that much, but I would still do it. And then I would feel bad and force myself to diet. In the end, I was just hurting my own body.”

The unhealthy lifestyle and eating habits went on for an entire year before Serene finally called it quits. “I received many great health advice from others, but in the end, what mattered the most was my own willpower. I had to help myself to get healthy. That’s when I started to fall in love with exercising.”

Serene was never a sporty person growing up. It wasn’t until after her experiences in beauty pageants when she started to see the benefits of being active. “At first, I exercised because I wanted to lose weight. Now, I’m doing it to maintain my figure.”

Because she studied nutrition in college, Serene is very particular about her diet. “I always want to know what I’m putting in my stomach before eating. Right now, my diet largely consists of vegetables and protein, such as fish, seafood, and chicken breasts. For my skin’s health, I don’t eat fried foods. I’ll try to eat less sugar and salt.”

With a healthy exercising plan and diet, Serene has recovered from bulimia, but changing her lifestyle wasn’t the most important antidote.

“My family from Malaysia spent time with me. They would each take turns to stay with me. I also had my classmates from [TVB’s] artiste training class. I’m grateful for them. They helped me get healthy again.”