Aaron Chen’s Apology Over Affair is Met with Criticism 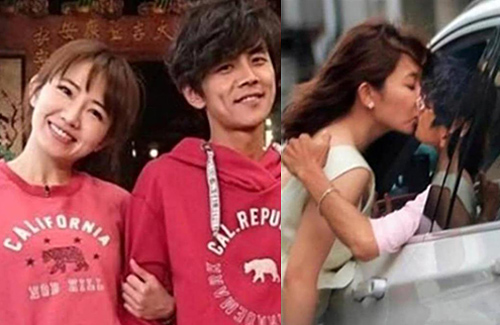 Photographed kissing on the streets, Aaron Chen (阿翔) and Xie Xin‘s (謝忻) came to light in the most awkward manner. Aaron, who is a part of the Taiwanese comedic duo Plungon (浩角翔起), was caught cheating on his wife of eight years, Grace Gong (龔淑卿), with Taiwanese variety program host Xie Xin. Although Aaron quickly addressed the issue, his apology came across as insincere and his image has plummeted.

Artistes from the entertainment industry have also expressed their stance on the matter. Taiwanese-Vietnamese actress, Helen Thanh Dao, also spoke up about the affair, expressing that no one other than those involved should have a say in the matter. When asked about her perception of Aaron, Helen recalled him to be a considerate and thoughtful gentleman. When he would see her in the makeup room, he would take the initiative to come over and greet her, as well as letting her know that there were snacks in the other room. Helen said, “Being a third party is very miserable. It is difficult when you have fallen in love.”

Although Aaron was quick to publicly address the matter in hopes of salvaging his career, Xie Xin has not made a public appearance since the scandal broke out. However, she posted a note on social media, apologizing to Grace about the affair. Netizens, as well as other artistes, did not take well to the post, feeling that it is done rather half-heartedly. One follower responded, “This kind of apology that’s posted on social media is not an apology. There is no sincerity!” Another wrote, “Who taught her to apologize through Facebook? Who is she writing it for? What is the meaning of this note?”

Allegedly, Xie Xin is willing to withdraw from the entertainment industry in order to help salvage Aaron’s career.