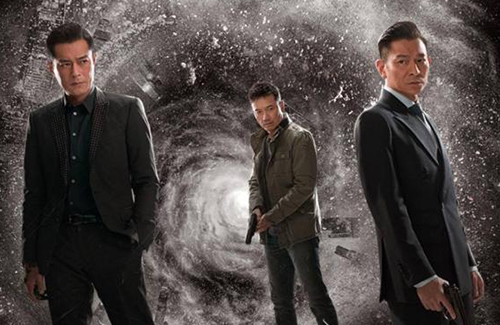 Produced by the same studio and production crew behind 2013’s blockbuster hit The White Storm <掃毒>, its spin-off film The White Storm 2 — Drug Lords <掃毒2天地對決> sees the return of Louis Koo (古天樂) and the addition of Andy Lau (劉德華), who also produces the film. Drug Lords is Louis and Andy’s first collaboration since 2007’s Protégé <門徒>. 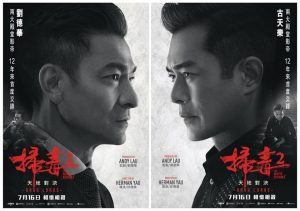 Drug Lords stars Andy as Yu Shun-tin, a former triad leader turned millionaire philanthropist who develops a hatred towards drugs after witnessing his family falling to drug addiction. He offers a bounty of HK$100 million to eliminate the number one drug dealer in Hong Kong. Louis stars as Jizo, a drug dealer who accepts the challenge, and offers his own bounty of HK$110 million for Shun-tin’s life.