Athena Chu Blasted As a Hypocrite in Having Premarital Sex 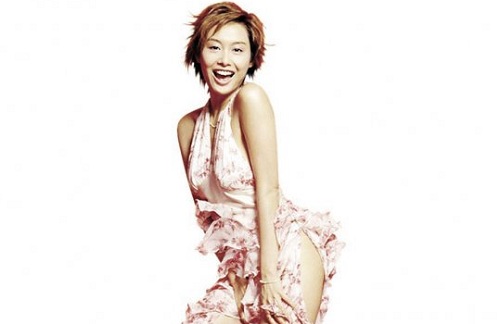 As a devout Christian, 40-year-old Athena Chu (朱茵) had stated that she was against premarital sex in the past. Announcing her 3-month pregnancy this week, the unwed mother obviously did engage in sexual activities with boyfriend, Paul Wong (黄贯中), before marriage.  Netizens have latched onto Athena’s hypocrisy, attacking her for not practicing what she preached!

Dating Paul for 13 years, Athena was often asked when she would marry him. While the pair had plans for marriage this year, Athena also unexpectedly became pregnant. Friends such as Ada Choi (蔡少芬) rushed to congratulate Athena, welcoming her in the joys of motherhood. Over 38,000 fans left messages on Athena’s Weibo in response to her pregnancy!

Amidst Athena’s happiness, netizens accused her of being a hyocrite. The public backlash did not directly attack Athena for violating a fundamental Christian tenet by engaging in premarital sex, only for the contradiction her behavior. A netizen wrote, “It is normal for men and women to be physically intimate. But there is no need to be hypocritical!” Another netizen wrote, “No one can prevent anyone from having premarital sex. If you cannot practice what you preach, then there is no need to make such a public declaration!”

Another portion of the online community overlooked Athena’s “hypocrisy.” They were quick to defend that love, marriage, and having children were private matters between two people. A netizen wrote, “If two people have marked each other as marriage partners–although the fundamental order is overturned–they have shown their responsibility by getting married at the end of the year. There is no need to attack them at this point. Congratulations!”When Paul Wong was asked about Athena having premarital sex, Paul refused to answer reporters, telling them not to stir trouble.
No Sex Before Marriage
Hong Kong artists who were devout Christians were often placed in awkward positions when asked their positions on premarital sex. When Ada Choi was asked whether she will abstain from sex before marriage, she said vaguely, ““I cannot say that I will be able to do so 100%, but I will try my best.” Ada claimed that she was not a saint, but neither was she a terrible sinner.
Leanne Li ( 李亞男) and Wong Cho Lam (王祖藍) took a much more public stance against premarital sex. Dating for 2 years, the Leanne and Cho Lam vowed to not have sex before marriage, refusing to give in to physical temptation. The couple wore matching chastity rings to remind each other of their sacred vows to love each other in spirit only before marriage.
Source: Sohu.com

Jayne: I have been to bridal parties where devout Christians confessed that they did have premarital sex, which is against their religious beliefs. I also have friends who claimed they were chaste before getting married. It’s a divided issue, where personal conduct is pitted against religious faith.

How do you choose? Giving in to physical temptation is very easy, but should there be greater self-control if they are considered to be central to one’s beliefs? Do we only pick and choose the [religious] guidelines that work for our own lifestyles and partially adopt them at our convenience?