Wedding bells are around the corner for Benjamin and Bowie!

Dating for three years, Benjamin Yuen (袁偉豪) and Bowie Cheung (張寶兒) purchased a multimillion-dollar home in May and rumors swirled that the actress’ father paid for the down payment of $40 million Hong Kong dollars as a dowry for their upcoming marriage. It turns out that the couple has been keeping a big secret and they have been engaged for one full year!

Benjamin sprung a surprise proposal to Bowie while vacationing at Niagara Falls on September 17, 2019.  Finally announcing the couple’s engagement today by posting a proposal video on social media, the wedding day may be coming up very soon!

To record the special moment, Benjamin strategically placed his phone camera to capture the couple’s silhouette amid a rising sun. Unsuspecting what will come next, Bowie thought they would be filming an outdoor workout video and was seen stretching her limbs. To her surprise, Benjamin got on one knee and proposed! After recovering from her shock, Bowie accepted Benjamin’s proposal and the couple hugged sweetly.

Accompanying the video, Benjamin wrote, “A new beginning in 2019. On an autumn morning, on the other side of the world, a warm sunrise projected silhouettes. The sun was shining on a field of green grass, which was accompanied by the unbeatable sound of a waterfall. There were no friends, no extravagant backdrop by design, or any special planning. There was only you and I. Just when you thought we were going to take a picture to keep for memories, I made my most important decision. There was no planned speech, but rather only a simple question. Will you marry me? Be my wife! After so many ups and downs, it is time we settle down. I am grateful that you are willing to be with me and spend the rest of your life to see this world with me.”

Though the couple exchanged their forever promises, they returned to Hong Kong after their vacation was over in September 2019 and did not mention their wedding plans to the press. They made plans quietly on the side and started househunting for their home, waiting one full year before the big announcement would be made.

Asked about the moment Benjamin had proposed, Bowie said excitedly, “I never thought about how I would respond to something like this. When it actually happens, you really can’t control your reactions and emotions! It comes naturally. For me, this setup was really wonderful. It was only the two of us in our own little world. There was no outside pressure or any pretentiousness. He didn’t do any special planning either. As usual, he went out for a run in the morning. That day, the weather was great and the environment we were in was very comfortable. It felt like nature was being our witness.” 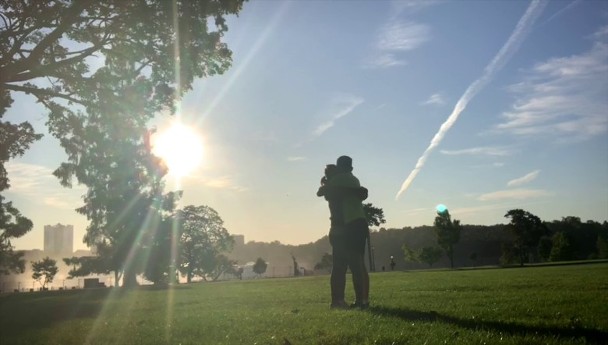 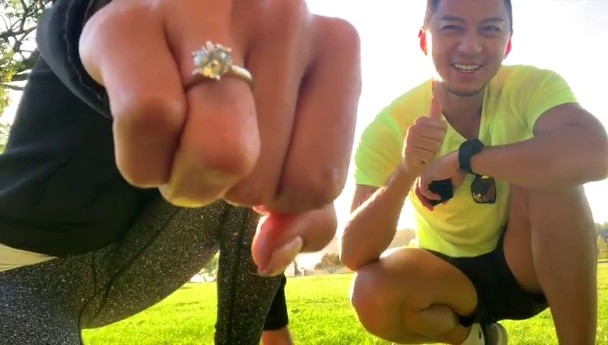