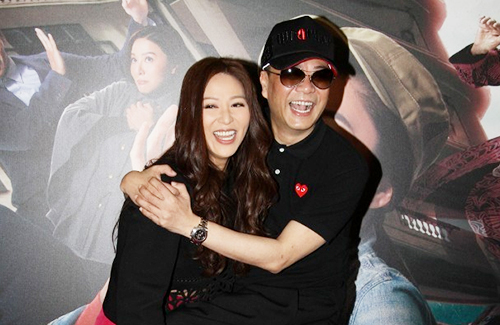 TVB drama House of Spirits <一屋老友記> is on its way to become one of Hong Kong’s highest-rated television dramas of the year. The ghost comedy, which stars Bobby Au-yeung (歐陽震華), Nancy Wu (胡定欣), and Joyce Tang (滕麗名), premiered on June 27 to critical and popular success, surpassing an average rating of 25 points on its first week of broadcast. On July 5, episode 8 peaked at an all-time high of 30 points, reaching 1.94 million live TV viewers. The drama currently has the highest peak audience for a third-line drama this year.

House of Spirits stars Bobby as Po Foon, a laid-off education worker who develops an ability to see his house ghosts. Joyce, Jonathan Cheung (張穎康), and Bob Cheung (張彥博) respectively star as Po Yan, Po Yue, and Po Yi, his younger siblings. House of Spirits is Bobby and Joyce’s first drama collaboration since the popular Armed Reaction <陀槍師姐> series (1997—2004), when they starred as uncle and niece.

The Bobby-Joyce duo have successful reignited the public’s interest in their familial partnership. Netizen critics are praising Joyce’s performance on the show, exclaiming that she outshines even the drama’s number-one female lead, Nancy. Nancy was also absent at the House of Spirits celebratory dinner on Thursday, leading to some gossip.

However, in a later phone interview with House of Spirits producer Dave Fong (方駿釗), he explained that Nancy’s absence at the dinner was due to the fact that she wasn’t in Hong Kong. He added that Nancy’s screen time on the show will increase in later episodes.