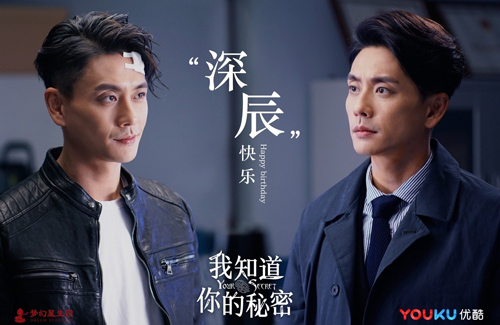 Focusing on developing his career in China, Bosco Wong (黃宗澤) has been busily filming many projects co-produced by Shaw Brothers and Youku. After his hit series Flying Tiger I < 飛虎之潛行極戰> and Flying Tiger II <飛虎之雷霆極戰>, Bosco can be currently seen in Youku’s web series, Your Secret <我知道你的秘密>. 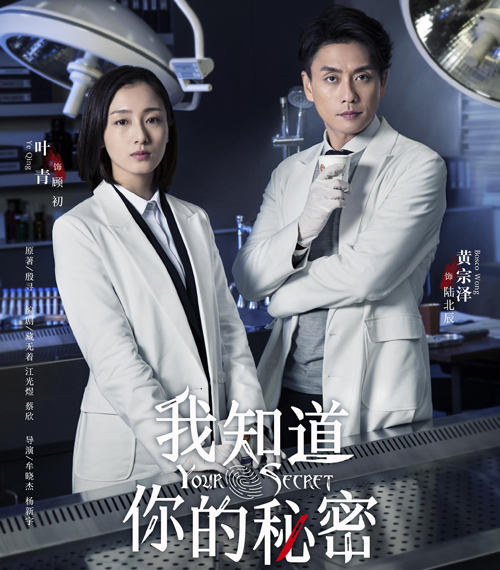 The new romantic crime drama Your Secret stars Bosco Wong and Ye Qing (叶青) as the main leads. This is their second collaboration after The Starry Night, The Starry Sea 2 <那片星空，那片海>. The story follows two forensic scientists Lu Beichen (Bosco Wong) and Gu Chuan (Ye Qing) partnering up to solve murder cases. However, the two find it difficult to maintain a professional relationship when Gu Chuan has conflicting feelings for Beichen, who is the twin brother of her deceased ex-boyfriend. She  resents Gu Chuan for his brother’s death.

This is the first time Bosco plays a forensic scientist on screen. He challenges himself by switching between performing Beichen’s persistent and righteous personality and the twin brother’s seemingly warm, but calculative personality.