Bosco Wong (黃宗澤) took some time off his filming schedule for Heart and Greed <溏心風暴3> to attend the grand opening event for a clothing brand. Mentioning that Korean actress Song Hye-kyo (宋慧喬) was also invited to the event, Bosco said he had been looking forward to meet her in person. The actor praised Song Hye-kyo’s elegance and beautiful temperament, which he believes to be a very important quality for women. Asking if his rumored girlfriend, Japanese model Jun, would get jealous after hearing these compliments, Bosco simply said, “No.” (Would you talk about Song Hye-kyo’s great temperament in front of her?) “Let me learn how to say that word in Korean first, but I can see this coming up in casual conversation.”

Reporters then mentioned Bosco’s Heart and Greed costar Priscilla Wong (黃翠如), who plays one of his love interests on the show. According to some tabloids, Bosco and Priscilla grew very close on set, incurring the jealousy of Priscilla’s boyfriend Edwin Siu (蕭正楠).

Bosco laughed at the reports. “Why would Edwin be jealous now? We had much more intense [intimate scenes] in our last drama together. In this drama, we’re kind of in a love-hate relationship, and we joke around a lot. Of course there will be kissing scenes, but they won’t be as intense as the last one.”

Bosco’s previous collaboration with Priscilla was for Two Steps from Heaven <幕後玩家>. One of their most intimate scenes—a long make-out session in a car—topped headlines last year.

“After filming Two Steps from Heaven, I got really close with Edwin, Priscilla, and [Louis Cheung (張繼聰)]. They’re really like my brothers. I actually told Edwin the other day about my rumors (with Priscilla) and he’s not worried about them at all. He considers Priscilla a man anyways.”

“But this is really all my fault,” Bosco added in afterthought. “I said too much. I have a bad mouth. During our last press meet I joked about how this drama didn’t give me any rumors, but I spoke too soon. I’ll watch what I say next time.” 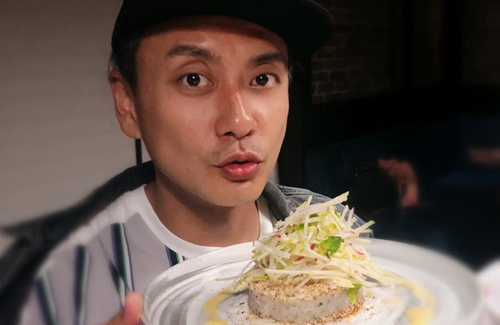