TVB artiste Bowie Cheung (張寶兒) believes that she and her boyfriend of three years, Benjamin Yuen (袁偉豪), have influenced each other to change for the better. Not only are they compatible due to their similar goals, values, and beliefs, but Bowie also picked up Benjamin’s patience and tidiness along the way.

Bowie entered the industry after competing in the Miss Hong Kong 2016 pageant. Before becoming a public figure, she lived a simple life surrounded by her church friends and university classmates. Having been in the entertainment industry for four years now, her parents and Benjamin all agreed that Bowie has matured and grown up a lot throughout the past few years. Likewise, Bowie believes Benjamin is a changed man. 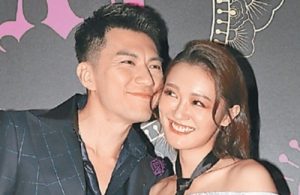 In the past, Benjamin often clashed with strangers, especially when it came to protecting his girlfriend. Once, Bowie encountered a rude driver who gave her the finger, and Benjamin immediately published the driver’s license plate online to condemn him publicly. Another time, at the movie theater, Benjamin allegedly glared at a person eating chips next to him the entire time. The chip-eater complained online, and Benjamin took to social media to defend himself in a lengthy post.

However, Bowie said he has already changed a lot from those days. She said, “He has become gentler. He used to be very strict with rules and regulations when driving and gets very angry with those who break them. However, he is learning to be more accepting.”

When asked if he changed because of her, she said, “I can’t say that I changed him, but he accepts my flaws. For example, he doesn’t yell at me when I scratched his car or make a mess. He cares about cleanliness, so I just clean up after myself.”

Benjamin’s Mother is Nice to Bowie

With the couple going steady for a while now, many believed wedding bells are ringing for the lovebirds. However, Bowie joked that their next step in life is to buy another property since they just purchased an apartment together. “We bought a unit, so we are thinking about buying a second one. I think marriage is not that big of a deal as long as the relationship is good. We respect and care about each other, so a marriage paper makes no difference. I’m not in a rush,” Bowie said.

Though, she admits that owning a property together adds some pressure. She said, “I appreciate this courage because not a lot of people can take this risk. We had to make sacrifices like we couldn’t buy furniture when we wanted to.”

Taking strides in their relationship, the couple already discussed having children together. Bowie said, “I used to want to adopt. If we do get married, we will want kids, especially since he is an only son. He will be a strict but caring father like how he treats his cat. He will be mean, but he will also love them.”

She added that Benjamin’s mother did not urge them to have kids. “She is very free and nice to me,” Bowie shared.

Since Bowie comes from a wealthy family, outsiders labeled Benjamin as a “$300 million son-in-law.” Bowie expressed that they’re not letting the title get to them. “We don’t think it is worth being upset over. We care more about compatibility and our future. We need to learn and only care about our thinking and forget about what others say. As long as the people we love know what we want, that is all that matters.” 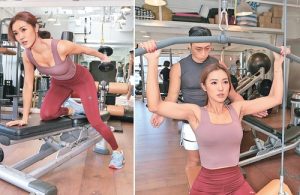 And what Bowie wants is to film period dramas. She said, “I used to love watching historical works that involved palaces. Since I love to read, I love the font and writing used in period dramas.”

Although that opportunity has not come her way yet, she is often working out to prepare herself for any type of role. When asked if Ben influenced her to work out, she said, “He wants to make a photo collection with me in it, so I have to stay fit. I went to the gym every day for 50 to 60 days. Now, I just work out three times a week.”

This article was revised on June 21, 2020 at 11:17 a.m. to reflect that Benjamin Yuen is an only son. It was previously reported in the article that he is an only child.