Carina Zhang is Rumored to Be 5 Months Pregnant 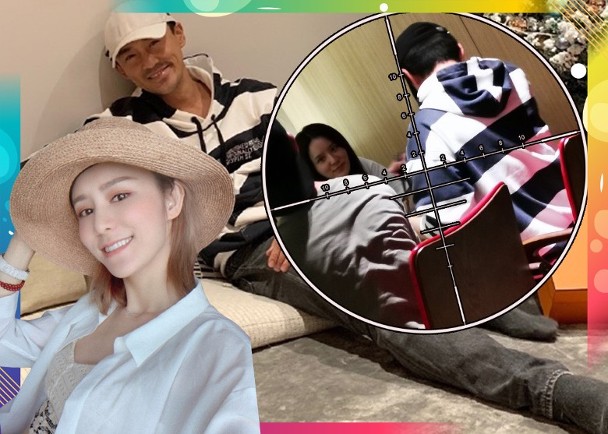 At the end of last year, Raymond Lam (林峯) announced his marriage to Carina Zhang (張馨月), which led to many speculating that their sudden marriage was a result of pregnancy. Due to their private nature, the couple simply posted a photo of their intertwined hands with their wedding bands on social media, and did not hold a lavish wedding celebration.

It was said that Raymond’s family was eager for the 40 year old to become a father soon, and Raymond agreed. After Carina consulted a traditional Chinese medicine doctor to recondition her body, she successfully conceived. In January, Carina’s gynecologist confirmed that the model went in for a clinical visit, but did not divulge further details. While the speculations continued to spread, Raymond and Carina never spoke up about these assumptions.

Recently, a netizen spotted the couple eating at a Japanese restaurant.  Carina was seen smiling happily while sitting across from Raymond, whose back was turned to the camera, but he was seen wearing one of his favorite casual stripped hoodies. Though Carina’s face and arms looked slim, the netizen noticed her belly bump and believes Carina to be approximately five months pregnant.

When the press reached out to Raymond’s cousin, Rosina Lam (林夏薇), for confirmation, she said she hasn’t hear the couple announce anything yet, but would be happy for them if the news is true. Her reply further hinted that the couple may indeed be expecting, “Many people [got pregnant] before I did, even those who got married after I did–they’re having babies first.”

While Carina has been staying home and doing regular exercise during the coronavirus pandemic, Raymond has returned to work and started filming Wong Jing‘s (王晶) latest adaptation of The Heaven Sword and Dragon Saber <倚天屠龍記>. Often seen in a good mood on the filming set, could he be sharing good news soon?