Carlos Chan Excited to Film with His Idol, Andy Lau 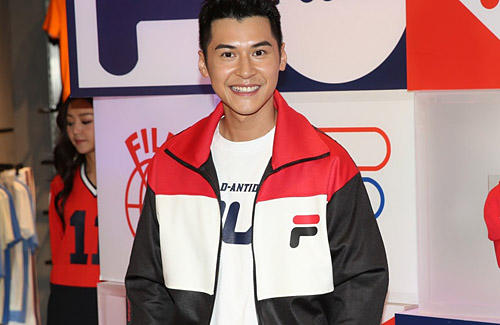 After his well-received performance in Daddy Cool <逆緣>, Carlos Chan’s (陳家樂) popularity landed him a film role opposite Andy Lau (劉德華) in The White Storm 2 <掃毒 2>.

Taking part in a sportswear branding event today, Carlos acted as an event DJ for the first time. Scoring many advertising jobs lately, Carlos was also invited to film a mini-series, The Trading Floor <東方華爾街>, which also stars Francis Ng (吳鎮宇), and Maggie Cheung (張可頤). Although Andy is one of the producers for this movie, he is not making an onscreen appearance.

Luckily Carlos was offered to star in The White Storm 2, which features Andy Lau and Louis Koo (古天樂). Thrilled to be given the opportunity, Carlos was so excited he began dreaming about Andy at night. On working with his ultimate idol for the very first time, Carlos expressed that he is not nervous about filming. Just being able to work with Andy is the biggest source of motivation for Carlos.