Carlos Chan Plays Tall, Rich and Handsome in Festive Flick “You Are The One” 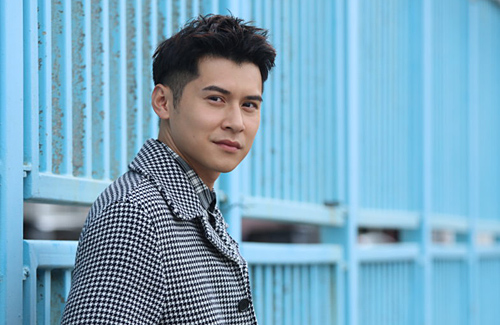 The actor thanks his mentors for the opportunities over the past 10 years.

Catching attention with his roles in 2019 film Happiness <幸運是我> and drama Daddy Cool <逆緣>, Carlos Chan (陳家樂) has been highly promoted by his company Empress Group Entertainment, which has cast him to lead three upcoming movies.

Besides Lunar New Year romantic comedy You Are The One <我的筍盤男友> and Declared Legally Dead <死因無可疑> directed by Patrick Kong (葉念琛), he will also appear alongside Taiwanese actor Eddie Peng (彭于晏) in the Dante Lam (林超賢)-directed The Rescue <緊急救援>.

“Having been in the industry for 10 years, from being a nobody to getting recognized bit by bit, I’m really grateful to everyone who has helped me,” Carlos shared.

It was revealed that director Patrick Kong had wanted to give the actor a hand even when he was a nobody back then, but it always came to naught until Kong saw Carlos’ growth in Happiness and Daddy Cool. He felt prompted to craft a character for Carlos that would help widen his onscreen repertoire, and this role was none other than the male lead in You Are The One, in which the 33 year old stars as a tall, handsome and rich bachelor opposite love interest Gladys Li (李靖筠).

“The director thinks I always play goody type characters, and wanted me to try a role which others would not think I am up for – a tall, handsome and rich member of elite society who looks down on ordinary citizens, has an arrogant character, and is scheming in dealings. A character who is vastly different from myself as I grew up amid the bottom rungs of society. It is challenging to enter an unfamiliar world where I have to play (such a role),” he shared.

Although he enjoys comedic roles, Carlos revealed that he had many outtakes on set as he could not help but burst out laughing, thanks to the hilarious performances of his hilarious costars such as Bob Lam (林盛斌) and Kandy Wong (糖妹).

Describes Himself as “Old-fashioned” and “Unromantic”

While he plays a diamond bachelor in You Are the One, Carlos does not think he fits the label in real life. “You need to be tall, good-looking and rich. I don’t think I am, as for whether I am a good boyfriend, I find it hard to rate myself as I am not romantic and quite old-fashioned. I like to hand make my own accessories for my other half or cook up a meal on special occasions. I like to snap a photo at the same place every year, and hope my relationship can last for decades. I think having time-lapse photos over a thirty-year period is a romantic and lovely keepsake, which some girls might find boring.”

Looking back on his previous relationships, Carlos realized his shortcomings and hopes that he can do better in the future. “I feel that love is using your heart to ‘feel’ your partner; just loving each other is enough. I don’t have specific expectations for my other half. It is enough as long as our feelings are mutually aligned.”

“You Are the One” Trailer

TAGS: Carlos Chan, Gladys Li, Patrick Kong, You Are The One