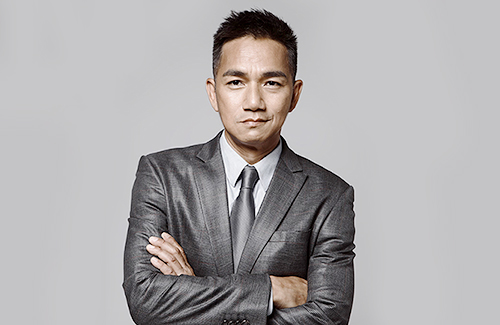 No television drama would be successful without its backbone of “green leaf” actors, and while viewers may not be able to identify them by name, their importance is definitely recognized.

One of TVB’s most famous former “green leaf” actors is Ken Lok (駱達華). The 53-year-old ex-TVB actor made his debut in 1984 through ATV before transitioning to TVB with Nick Cheung (張家輝) in 1996. Though Ken never managed to get his big break like Nick, who went from a leading television actor to a Film King winner, Ken had a prominent on-screen career, becoming one of Hong Kong’s most recognizable supporting actors. Ken appeared in numerous classic television dramas during his time with TVB. He is best known for his role as Tsui Kei in the 1997 comedy drama Old Time Buddy <難兄難弟>, starring alongside Francis Ng (吳鎮宇) and Gallen Lo (羅嘉良). He earned acclaim as one of the main villains in the Armed Reaction <陀槍師姐> franchise, and left behind memorable acting performances in 2000’s The Heaven Sword & the Dragon Sabre <倚天屠龍記>, Whatever It Takes <天子尋龍>, Take My Word for It <談判專家>, and Maidens’ Vow <鳳凰四重奏>.

In 2011, after marrying Mainland Chinese actress Lu Yan (盧燕), Ken moved to Shanghai and switched his focus to filming Chinese dramas. Ken now has a thirteen-year-old daughter with Yan and has opened up a lobster snack bar in Shanghai. Due to the celebrity effect, Ken’s snack bar is quite popular in Shanghai. Tony Leung (梁朝偉) and Carina Lau (劉嘉玲) are regular guests and are friends with Ken. Carina once treated Ken and his investors to drinks at her own pub. Ken’s Maidens’ Vow costars Joe Ma (馬德鐘) and Charmaine Sheh (佘詩曼) visit Ken whenever they are in Shanghai. Eric Suen (孫耀威) and Michelle Yim (米雪) have also been spotted at Ken’s snack bar before.