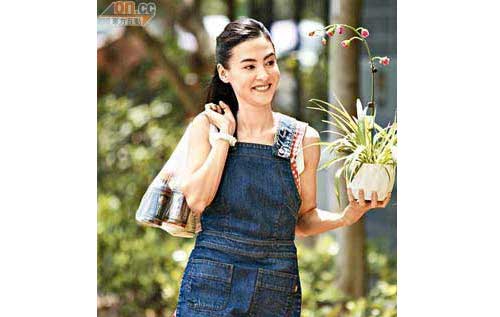 With the recent outbreak of Cecilia Cheung (張柏芝)and Nicholas Tse’s (謝霆鋒) marital crisis, rumors circulated that Nic’s lawyer issued a letter requesting the couple’s separation.   It turned out Cecilia had pushed the stakes too far this time. Despite realizing that her recent photo collaboration with ex-flame, Edison Chen (陳冠希), caused Nic to lose face, Cecilia was without remorse after the incident. On the other hand, she angrily texted Nic, “I want a divorce.” After years of being patient in the relationship without fruition, Nic was forced to severe the final cut-off.

Last month, Cecilia did not tell Nic that she took a photo with Edison at the airport. Afterwards, Edison revealed the incident before the Taiwanese press. Hidden in the dark, Nic’s rage burst forth. Originally, Nic already took leave in advance to celebrate Cecilia’s birthday. However, Nic decided to remain in a hotel in Kuala Lumpur, Malaysia to rest instead. This brought to light the couple’s marital crisis.

Since marriage, Nic has been very patient with Cecilia, including her nude photo scandal several years ago. He was willing to hand over his hard earned money to Cecilia. Unexpectedly, someone became arrogant and spoiled, constantly asking Nic to hand over his full financial assets. Willing to tolerate Cecilia’s demands due to his love for his two sons, Nic transferred his property ownership titles to Cecilia’s name. When Cecilia’s photo collaboration with Edison was revealed, Nic saw thetrue face of his beloved wife. Nic could not withstand the situation any longer.

Since their marital crisis became public, Cecilia was immersed in filming in Shenzhen, China. Yesterday, she mysteriously returned to Hong Kong and appeared at an insurance company at the AIA Tower, leading to additional doubts. Cecilia’s manager, Ms. Chow explained that Cecilia appeared at the building due to work reasons.

In addition, Cecilia and Nic were both spotted without their wedding rings since filming their current movies. Jayne: It does sound as if Cecilia and Nic are in the middle of a marital crisis. However, the media may be playing up the importance of the photo with Edison Chen. When they took the photo together last month, it didn’t appear as a big deal at the time? It just appeared that both had moved on.

105 comments to Cecilia Cheung Angrily Cried, “I Want A Divorce!”