Returning from a trip in Australia earlier, Jordan Chan (陳小春), Cherrie Ying (應采兒), and their son Jasper Chan are currently in self-isolation at their home – a 4000-square-feet luxury complex that was revealed to the public several years ago.

After vacationing in Australia with good friends Real Ting (丁子高) and Miriam Yeung (楊千嬅), the two families self-quarantined themselves amid the COVID-19 outbreak. Although most people may be bored and restless at home, Jordan’s family has a lot of room to spread out in their massive home in Tai Po, which was purchased for over $70 million HKD in 2015. 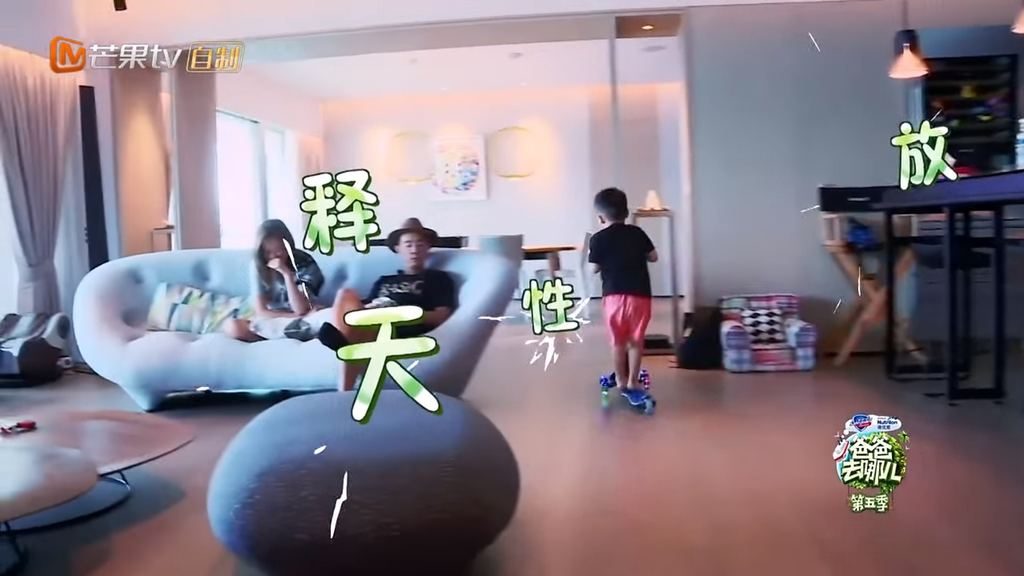 Pleased with their home, the couple allowed some scenes to be filmed at their place for their variety show, Where Are You Going, Dad? <爸爸去哪兒> and Viva la Romance <妻子的浪漫旅行>. Catching a glimpse of the celebrity couple’s beautiful complex, many netizens were in awe of how big Jasper’s room was. Besides the large windows that showcase a beautiful view of the sea, Jordan and Cherrie’s house features a grand living room that could fit at least two dozen visitors.

Although Jasper loves playing with toys, Cherrie doesn’t allow him to keep anything in the living room and insists that he keeps all of his toys in his own room. With his room being bigger than most average-sized living rooms, Jasper also has a large shelf full of books. Besides books and toys, Jasper’s room also has numerous family photos and drawings taped to the wall.