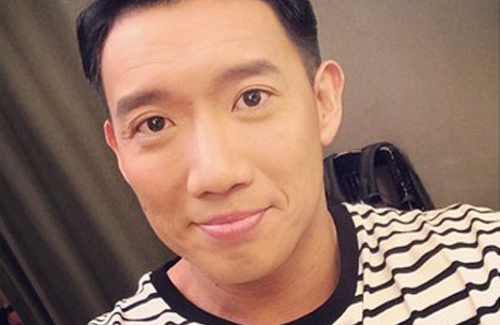 Hong Kong’s pro-democracy protest, Occupy Central, has largely received support from local artistes. However, director Wong Jing (王晶) openly declared his support for the Hong Kong police to use force to subdue the protesters, and decided to unfriend Anthony Wong (黃秋生), Chapman To (杜汶澤), and Denise Ho (何韻詩) because of their political stance. In a 1000-word Facebook post, Chapman said that Wong Jing’s statement was driven by monetary reasons and nothing more than a publicity stunt.

On the surface, Chapman’s Facebook post may seem neutral, but it contains jabs towards Wong Jing. Chapman implied that Wong Jing’s statements over Occupy Central were motivated by profits in the Mainland Chinese box office. Chapman wrote, “Not everyone is like myself, choosing to focus on Hong Kong as the primary market. Since the market has changed, many people have headed to [Mainland China].”

Chapman said he was dropped from the cast of Wong Jing’s upcoming film, From Vegas To Macau 2 <賭城風雲 2 > after he was boycotted by Mainland viewers due to his arrogance and political views. Chapman believed that Wong Jing’s primary motivation for his Occupy Central stance was driven by bottom-line profits for From Vegas To Macau 2. Chapman wrote, “From Vegas To Macau 2 will premiere in celebration of the next Lunar New Year. This battle can only be successful and there can’t be any failures. The senior might retire soon and probably won’t have many years of filming left. You guys can understand, right?”

Chapman closed his post with, “Finally, I want to tell Wong Jing, that I often say to others that Wong Jing helped me earn [the money to pay for] half of my house. This is the truth! Thank you! I wish you health and great box office success for your new movie!”

As expected, upon reading Chapman’s message, Wong Jing immediately fired back. “My blog post yesterday was to express my personal feelings. Regarding the angry messages from those three [Anthony, Chapman, and Denise], I already figured that it would happen. If you act ethical, do I have to cry and say I’m sorry? Someone said I’ve only spoken because I wanted to earn more money. I’m very offended – I’ve worked very hard in the last couple of years and I’m very confident that I can live the rest of my life with just the bare minimum. I’ll continue to fight for what I feel is just – Hong Kong should not tolerate these destructive clowns! I support the enforcement of police!”