Starring Liu Yifei (刘亦菲), Disney’s Mulan will arrive in theaters on March 27.  Fans are excited for the new live-action adaptation, but there is some disappointment towards the modifications from the original Disney animation.

In the 1998 animated movie, the talking dragon character “Mushu” provided much comic-relief. However, Mushu was not included in the new live-action version of Mulan. The movie’s consultant shared that though Mushu is popular with American viewers, but Chinese viewers feel that the role is offensive to their culture.

In addition, Mulan’s love interest “Captain Li Shang” in the Disney animation was also omitted in the new movie. The production team felt that times have changed since the animated film was released 22 years ago. Viewers may be sensitive about Mulan’s relationship with her superior in the film, especially after the #MeToo movement. Instead, “Captain Li Shang” was split into two roles: Mulan’s mentor “Commander Tung” played by Donnie Yen (甄子丹), and the character “Chen Honghui” played by Yoson An (陳洪輝).

Mulan is the first Disney live-action remake that is getting a PG-13 rating, due to its heavy emphasis on martial arts and “sequences of violence.” 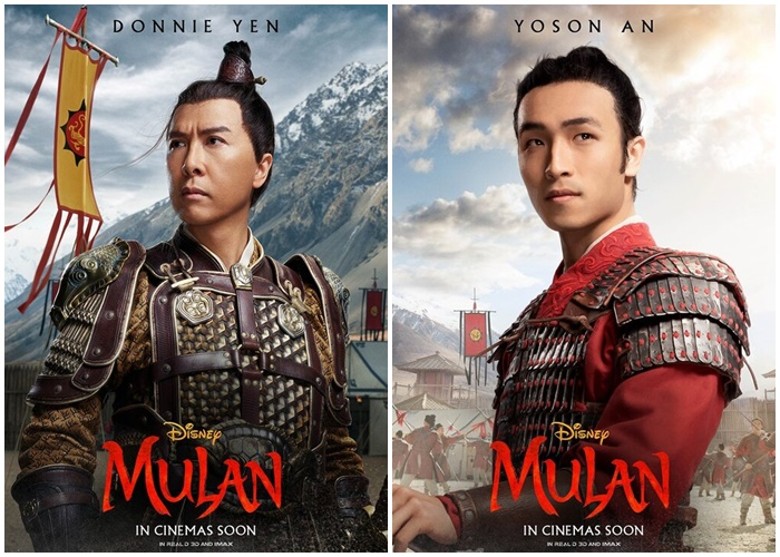