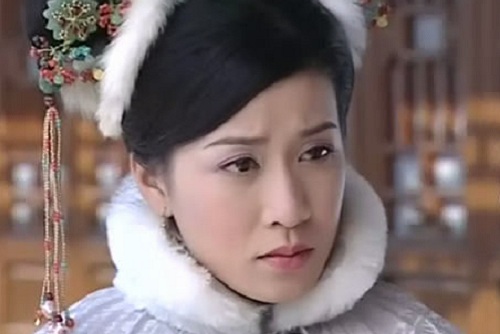 With the television wars between TVB and new local stations about to erupt full force later this year, TVB planned several heavy-weight dramas, such as War and Beauty 2 <金枝慾孽貳>, The Confidant <大太監>, and Triumph in the Skies 2 <衝上雲霄 2>. Although the initial War and Beauty was a runaway success, the sequel has met a lukewarm response to-date due to its cast of mainly new additions. It was reported that producer Jonathan Chik (戚其義) urgently requested Charmaine Sheh (佘詩曼) to guest star in War and Beauty 2, in an attempt to add much-needed star power and audience appeal.

Released in 2004, War and Beauty set a trend in the rise of scheming palace ladies television series. The genre was currently extremely popular in mainland China. Eight years later, TVB hoped to recreate its former success by filming War and Beauty 2. Unfortunately, the sequel will allegedly stray from scheming palace ladies and focus on love stories in Forbidden City instead.

With the current cast in War and Beauty 2 criticized by fans to be weak, producer Jonathan Chik allegedly asked Charmaine Sheh to guest star in several episodes of the sequel. Charmaine had an outstanding per series management contract with TVB. The War and Beauty 2 cast will be heading to Hengdian, China to shoot on location. Since Charmaine will also be in Hengdian filming mainland drama, Marrying Into a Rich Family <嫁入豪門>, she has allegedly agreed verbally to guest star in War and Beauty 2. However, clearance from Charmaine’s management company was still pending.

Although Jonathan Chik was an esteemed producer at TVB, creating memorable classics such as War and Beauty, Secret of the Heart <天地豪情>, and At the Threshold of an Era <創世紀>, his recent series have failed in ratings. In recent years, Producer Chik’s series have been experimental in nature, revolving around controversial topics such as cannibalism in When Heaven Burns <天與地> and serial killers in Master of Play <心戰>, which garnered 27 points in ratings in its initial week of broadcast and 103 audience complaints.

While  Producer Chik’s departure from conventional topics appealed to younger audiences, his recent dramas failed to connect with middle-aged audiences, which make up the core of Hong Kong viewership ratings:

Gem of Life <珠光寶氣> 2008- Lowest rating was 24 points. Weaknesses: Revolved around the conflicts among the elite society, alienating audiences. The complicated character conflicts and agruments drove audiences away.

Fly With Me <飛女正傳> 2010- Lowest rating was 25 points. Weaknesses: Experimented with a cult genre, borrowing elements from Hollywood and Korean productions; accused of plagiarism. Ada Choi’s acting was criticized to be exaggerated and the theme to be unrealistic and difficult to understand.

When Heaven Burns <天與地> 2011- Lowest rating was 21 points. Weaknesses: Featured cannibalism and moral ethics in its theme. The numerous metaphors in the series was difficult to understand and alienated housewives, which made up a key component of local viewership. When Heaven Burns was one of the lowest TVB dramas in ratings in recent years.

Let It Be Love <4 in Love> 2012- Lowest rating was 25 points. Weaknesses: Loose plot. Aside from Moses Chan and Charmaine Sheh, the remaining cast members such as Wai Ka Hung (韋家雄) and Tracy Ip (葉翠翠) had little drawing power.

Jayne: I do believe that if Producer Chik asked Charmaine to appear in “War and Beauty 2,” she will likely say yes. However, if the sequel features an independent story, then there is little need to have Charmaine’s character return, other than to add to the star power of the series.